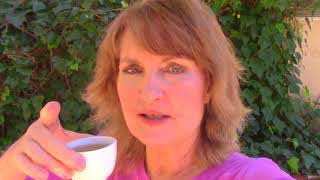 Diane Walden has been in the tea business since 2007, when she became part-owner in three tea stores, two of which continued until 2016 and were sold.  She and her husband also ran their own tea shop in her hometown in Southern California for almost five years before moving the business online.  Always interested in the brewing importance of the tea experience, the couple licensed a commercial brewer to a coffee and tea equipment manufacturer recently and are hoping it will be on the market in the future.