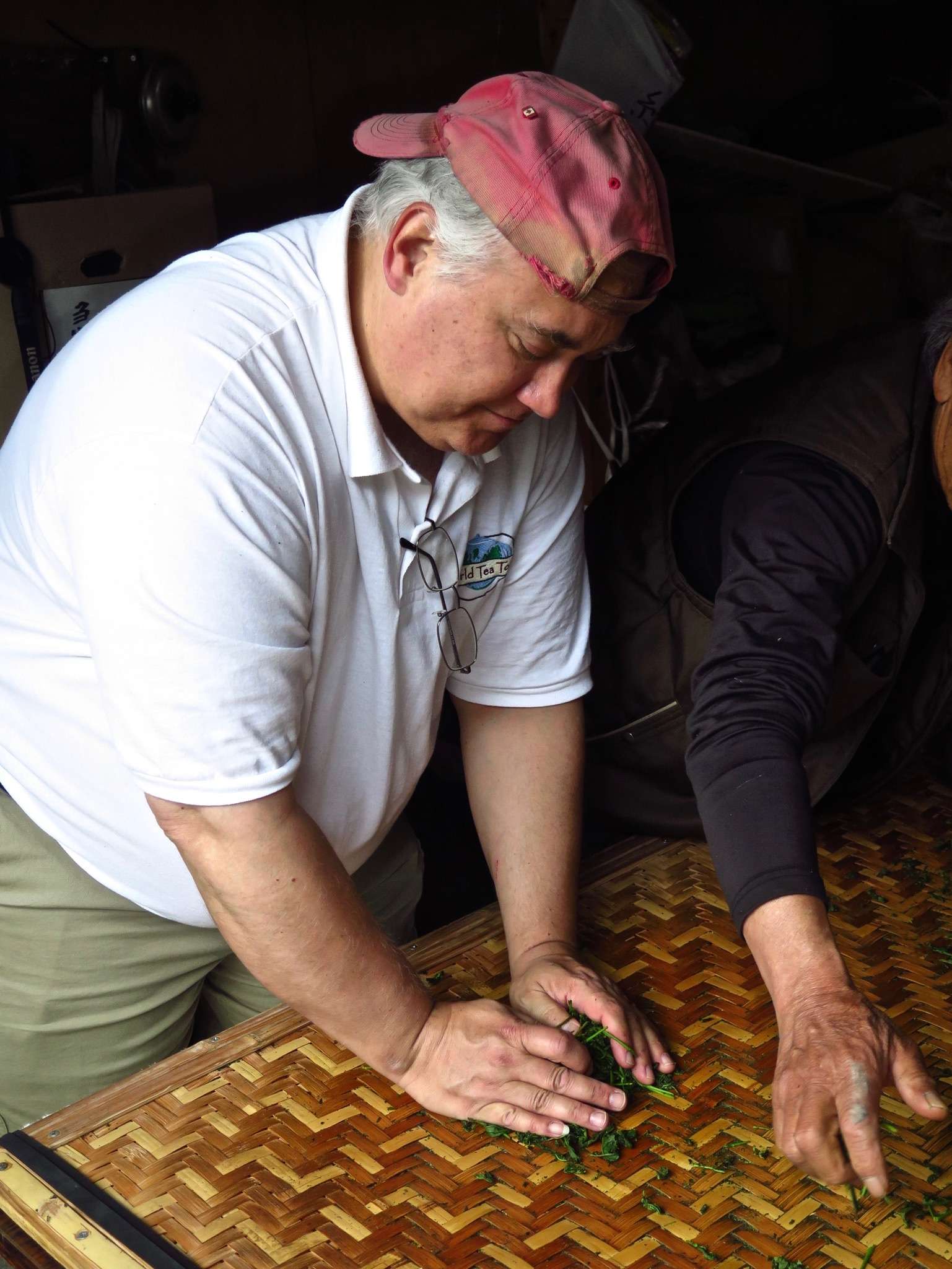 Dan Robertson is the founder and owner of The Tea House and World Tea Tours in Naperville, Illinois. He was born in New Haven, CT, raised primarily in the Midwest, and is a graduate of the College of Wooster, Ohio. He is a 25-year practitioner and instructor of the martial art and health exercise Tai Ji Quan.

Before venturing into the world of tea, in 1985, Dan established FRAMEWORK Video & Sound, a video production company specializing in documentary and educational programming. Although he had traveled to the Orient previously, it was his career as a filmmaker that took him to China in 1994 and again in 1995 to produce a documentary on tea.

With two years of preparatory work, he traveled extensively across China for two months, filming tea gardens, factories, teahouses, hospitals, universities, museums, and historical sites, interviewing tea experts in all areas. As an unexpected result, in 1995 he began his own tea business, drawing upon the resources and knowledge he had developed during his travels.

Since then, he returns to China nearly every year to meet with suppliers, discover new teas, study, or research. Since 1996, he has organized and led the acclaimed China Tea Tour, during which tea lovers from around the world get first-hand experience in tea making, history, culture, and business. Expanding beyond the Far East, he launched World Tea Tours in 2007, offering tours to tea producing and cultural areas around the globe.

As an importer, wholesaler, blender, and purveyor of premium teas and accessories, he is involved with many aspects of the tea industry. He is a regular contributor to various tea trade periodicals, web blogs, and tea news services. Known for his informal and engaging style, Dan shares his passion for tea, lecturing around the world for businesses and educational and private groups, most recently presenting at the India Tea Forum in October of 2010. An authority on tea culture, history, production and trade, Dan conducts professional tea-tasting classes and instructs courses in the Chinese tea ceremony. His DVD – The Art of Chinese Tea – The Tea Ceremony – is a demonstration and tutorial on the gongfu style of tea making.