The average consumer drinks a total of 400 milligrams (mg) of caffeine a day, which so happens to be the standard for safety measures for most healthy adults. If you are a regular consumer of caffeinated beverages, an 8oz cup of joe might not do any justice. In today’s day everything moves fast, if you don’t keep up you are left behind with the old.

Caffeine is–above all–one of the most widely used drugs in this world. It is a stimulant that regulates the stress hormones in the human body and unfortunately, too many individuals overuse it. Caffeine addiction isn’t associated with just coffee, many soft drinks that are drunk daily contain massive amounts of caffeine all in the name of giving you a boost of extra energy to carry you through the rest of the day. So how much caffeine is too much?  Below we list several ways in which caffeine is used in products.

The good news is there are many ways to eliminate caffeine addiction in order to get the body back to normal. This process is called “detoxing from caffeine” and it’s where good old tea comes in handy.  During the first week of cutting back on coffee, you want to replace your regular jacked-up over-caffeinated coffee with an organic decaffeinated alternative, this helps you slow down your regular caffeine intake but still have the best of both worlds.

Next is when things get fun. Mix half of cup of coffee and one cup of black or green tea. As you all know, green tea has the added benefits of having caffeine but you’ll feel it longer due to how tea releases the caffeine at a slower rate rather than all at once like coffee does. To get a bit more technical, the secret behind this magic is partly due to the abundant amounts of theanine found in green tea which counteracts the effects of caffeine and reduces greatly the jittery effects that coffee can cause.

The debate whether caffeine is good or bad never ends, the truth is it’s not bad as long as you don’t overdo it and/or become dependant on it. There are many health benefits of caffeine, and tea just so happens to be a healthier alternative to a regular intake of caffeine with many added benefits. Caffeine burns fat, aids in weight loss, lowers risk of Parkinson’s and more. So next time someone tells you that caffeine is vile, now you know the above and can respond appropriately. 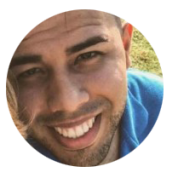 The Role Of Tea In A Plant-Based Diet