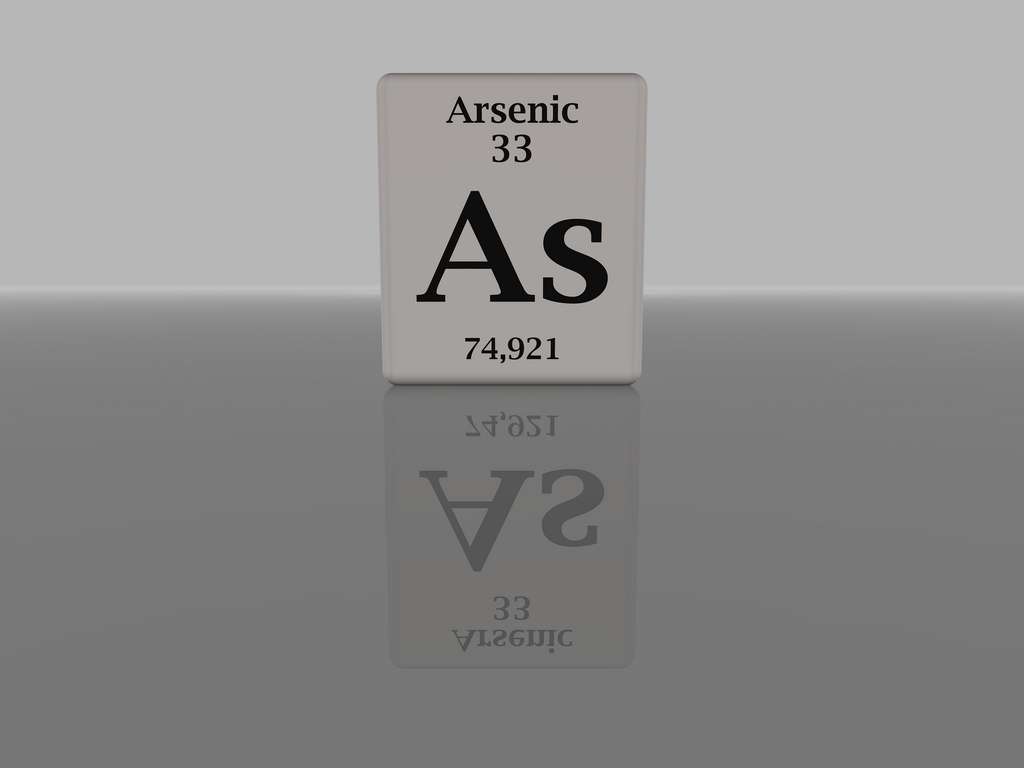 I have some good news for the people who’ve been following my heavy metal poisoning health problem. 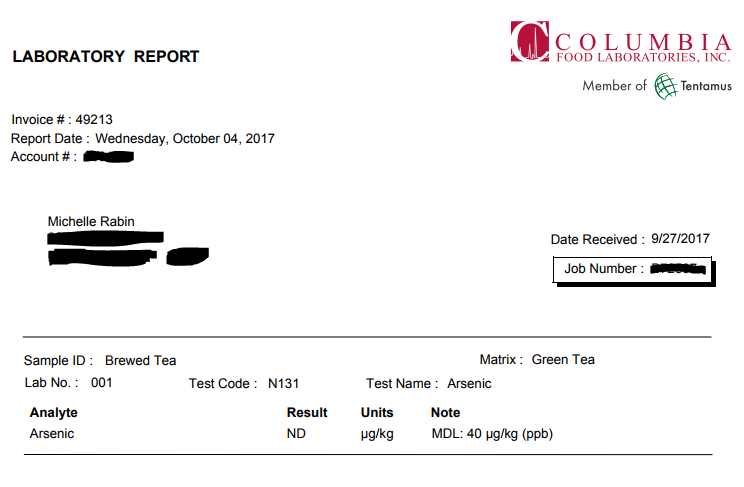 As you can see, the laboratory found ND – “no detectable” arsenic in my brewed green tea from China.  The sample that I provide to the lab was steeped at 185 degrees for 5 minutes to simulate 3 steepings thorough out the day. My first steep is typically 1.5 minutes and each subsequent steeping I add 30 seconds. What a relief. As soon as the report came through email, the very first thing I did was make some Monkey King tea.

As you’ll recall, the lab made a mistake initially and tested the actual leaves without brewing it. So we now know that while the leaves do have arsenic in them, the brewed tea does not. Although terrific news for my daily ritual, I have periodically added matcha to my morning routine. As most of you know, matcha is powdered green tea which uses the entire leaf – without veins – to be ground into a powder and consumed in a frothy liquid. I’m curious to learn if perhaps matcha may present a problem for those concerned about arsenic.

One explanation for this may be a cultural issue. I’ve asked myself about rice and arsenic and the many cultures who eat rice as part of their daily meals. Why don’t they have issues with heavy metal poisoning? One possibility might be the spices that typically are associated with the rice. In Mexico and South American for example, rice is a staple, but it’s traditionally served with cilantro. Cilantro is an excellent chelator of arsenic.

I”ll be eager to hear other people’s thoughts about all of this. I think it would be worthwhile to test matcha to see if the brewed tea has detectible arsenic. If anyone pursues this, I hope they’ll share their results with us here at T Ching. 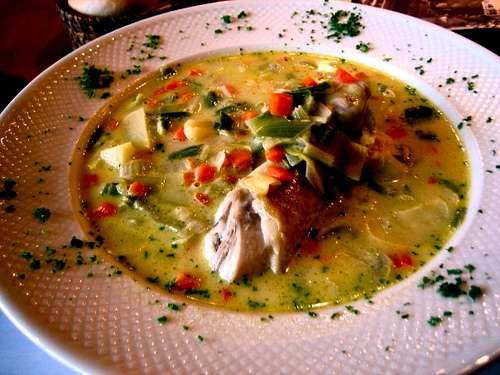 Tea and chicken soup for the body and the soul 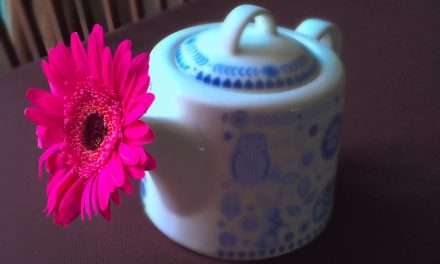