Britain’s younger sibling Australia has taken a lot after her big sister; even though they haven’t been on such good terms for a while now, Australia’s language, some of its culture and a few customs (the dominant one being tea drinking) is ample proof that the apple doesn’t fall far from the tree.

The Land Down Under couldn’t be more different from the UK; this is reflected in the gorgeous wilderness of their beautiful country, the people are immensely extroverted, likable, cheerful and quick-witted; the food is excellent; the sun shines almost all the time and their society is a diverse group of prosperous, well-ordered citizens.

However, even though Australia broke free from her British heritage (if we can call it that) in more ways than one, it is evident that divorcing from particular inherited habits doesn’t come easy. We love that, out of all others, tea is the cultural heritage that’s remained intact.

Tea’d up Down Under

It’s no secret that, of all the beverages in the world, coffee and tea trend highest. Popular health-focused coffee and tea restaurants and bars are continuously coming up with ways to make indulging in these beverages tasty and yet – as healthy as possible. Despite the warm/hot weather, Australians still indulge a cup of so-called “morning tea” and the “afternoon tea”, often served with small portions of food.

Even though tea drinking was a cultural feature cultivated by the Aussies, it has rarely been that one dominant trend everyone is following. However, thanks to a renewed interest in high teas, this tasty drink has become the center of attention, followed by bite-sized eats and high-end tea selections. Naturally, everything is served in fine china for that perfect effect.

Furthermore, we can’t neglect the influence of wellness and fitness obsessions that have taken over the world and, following, put tea and other healthy beverages into focus. Beyond the fixation on organic and herbal wellness blends that are everywhere in the market, you can now spot tea capsules showing up alongside coffee pods in both coffee shops and on supermarket shelves.

Wellness in a Cup

According to experts who are studying recent diet changes of consumers, it may be said that this is due to the health and wellness fixation that Australia’s interest in tea is booming.

Instead of indulging in the ill effects of sugar-laden soft drinks, consumers are reaching out for a comforting cuppa instead. What is more, “recent research has shown tea polyphenols, which are present in the Camellia sinensis plant, are thought to mimic insulin, giving diabetes type-I sufferers a dose of hope in their daily brew”. It’s a win-win, isn’t it!

Apart from wellness benefits, Australians (who are known to be leading healthy lives) are massively turning to tea due to its health benefits: it is said that tea helps reduce the risk of cancer, “with its polyphenols neutralizing chemical carcinogens while detoxifying enzymes”.

Aussies be Aussies – they’ll always find ways to stay true to their heritage: it is estimated that most often consumed teas are those blends made out of Aborigines’ taste influences and the country’s native flora – aniseed myrtle and lemon myrtle are their favorite tastes, and they also improve general health and wellbeing. Sweet!

Mindful of their hygiene, Australians are well aware of tea’s effect on their pearly whites. Just like coffee (or even more than coffee due to its higher tannin content), tea can heavily stain teeth, causing discoloration and blots. For this reason, dentist appointments are held with an almost religious commitment, with Aussie tea drinkers being so mindful of their oral hygiene that virtually everyone’s got a personal cosmetic dentist in Sydney who is taking care of their teeth, keeping them healthy and white. Maybe we should all adopt this habit?

While it isn’t uncommon for the youngsters to indulge a cuppa here and there (especially if they are hipster-prone youth, turning their backs to mainstream trends like takeout coffee and greens in a cup), most of the tea drinkers are mature women, with a particular tea appreciation. Mostly, those who are already committed tea drinkers are gradually starting to explore different types of tea due to better access to fine tea. What is also very interesting is that, recently, there have been plenty of young women largely interested in functional teas (detox teas, bowel teas, fitness teas, etc); they drink tea for health reasons rather than for appreciation.

It is safe to say tea has fought for its throne (or is on a safe path thereto), taking the spotlight even amongst plenty other modern drinks that are struggling to stay trending and on the market. We are excited to see what’ll happen next in the tea industry! 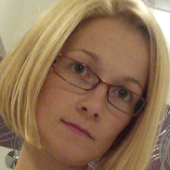 What are the Benefits of Drinking Sage Tea?

Chlorella Tea for Health and Healing