Home » Beyond the Basics » The Real Da Hong Pao

A while back I tried a really nice version of a Da Hong Pao from a Bangkok Chinatown tea shop.  It came up in a discussion that different teas are actually sold as Da Hong Pao, and according to them the one I tried was an authentic version, a Bei Dou cultivar (actually Pei Tou, but based on research the other transliteration seems more conventional).

So what is Da Hong Pao, really?  It’s a Wuyi Yancha or “rock oolong” type, and the best-known one at that.  These are roasted oolong teas from Fujian province, China, with production centered around Wuyishan.  The flavor profile has earth and mineral elements, with leaves prepared as long and twisted versus the rolled styles.  The most distinctive elements of the best versions are a bit hard to describe.  Some say they relate to an unusual mouth-feel of the tea, others to a taste comparable to citrus, or even alcohol, and the aromatic elements remind me a little of perfume, in a sense I can’t completely describe. 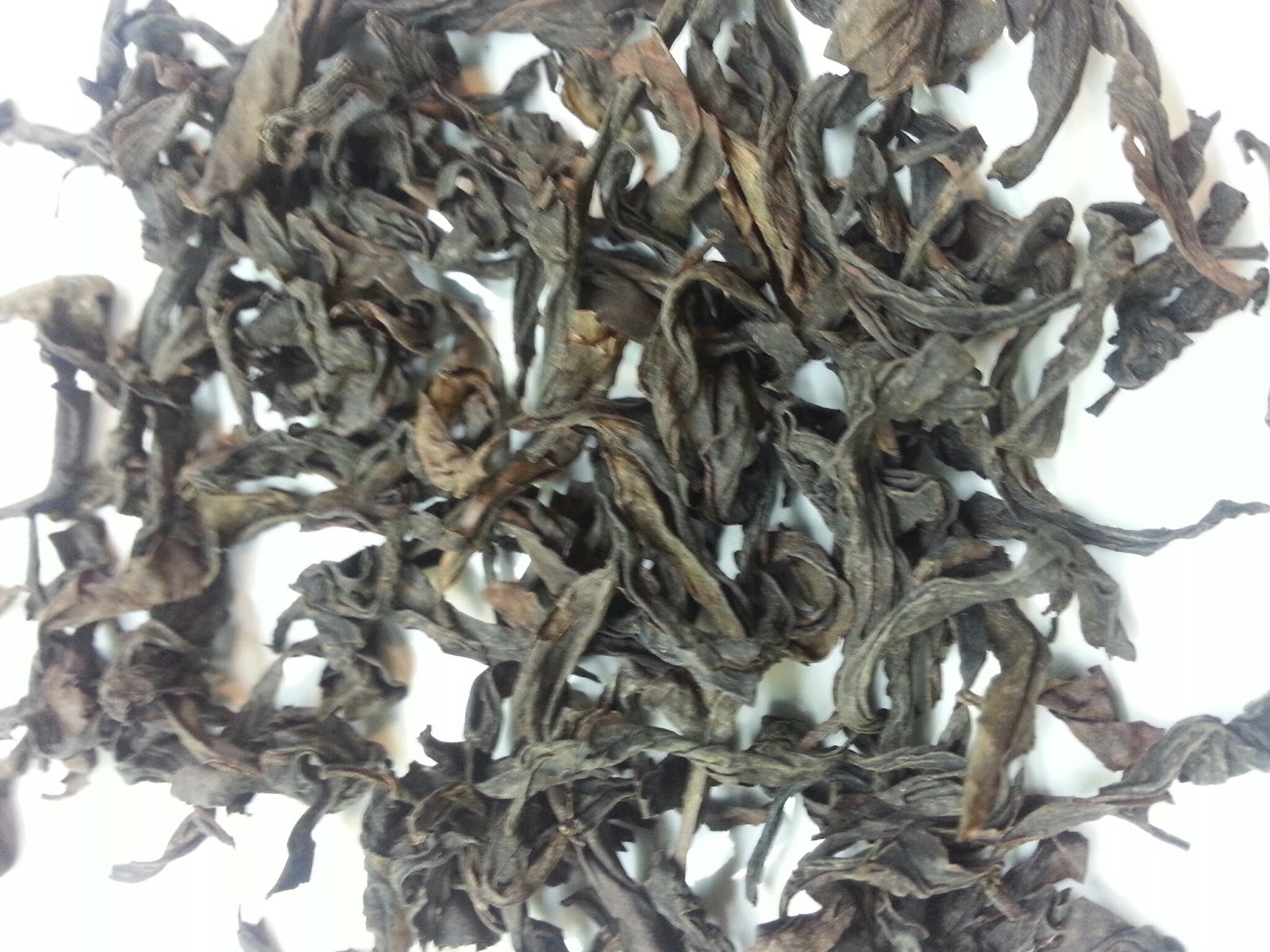 The part I’ll focus on here is the cultivar / tea plant type issue.  This also came up in a World of Tea cultivar database, with a related cultivars overview page linked from there.  This is a great reference, which will keep getting better when more details are filled in.  Da Hong Pao wasn’t listed there.  Per an online discussion with Tony Gebely, the World of Tea reference author, there is a possible short answer related to the plant type it’s made from, and a likely complication:

“Da Hong Pao is made from a cultivar called  Qi Dan 奇丹… [but] many times there are multiple correct answers [to such questions].”

Right away this conflicts with the common understanding that Da Hong Pao is both a cultivar (plant-type version) and a prepared tea leaf type, but then, the full story being more complicated than the conventional take isn’t that surprising.  The distinction between plant type, cultivar, and hybrid can be a bit unclear in different references, but for this discussion it works to use these as one thing, as possible “basic, starting point” plant types, and also as cross-bred variations of those.

How to resolve this then, since online references are most often vendor materials, short descriptions directly written for advertising products, or as summary reference articles that are not intended as full descriptions?

I tried asking two people who might know.  One was my friend Cindy Chen, a Wuyishan tea producer, who suggested those two cultivars as both right answers was correct.  The other was the owner of that Bangkok shop, Jip Eu, named Kittichai (a common Thai name, but then it is a Thai-Chinese shop).  He said his family had been selling tea from that shop in Bangkok for 90 years, but that he still travelled back to Wuyishan to help produce teas there with other related family.  And he showed some interesting pictures of there, one of him at a small tea factory that was torn down when Chinese officials turned that tea area into a restricted park decades ago.

So two cultivars stand forward as main ones used to make the tea, but any number of others are sold as such, and it would be hard to say for sure which plant type really should be, or if there is even a grounds for such a “should.” 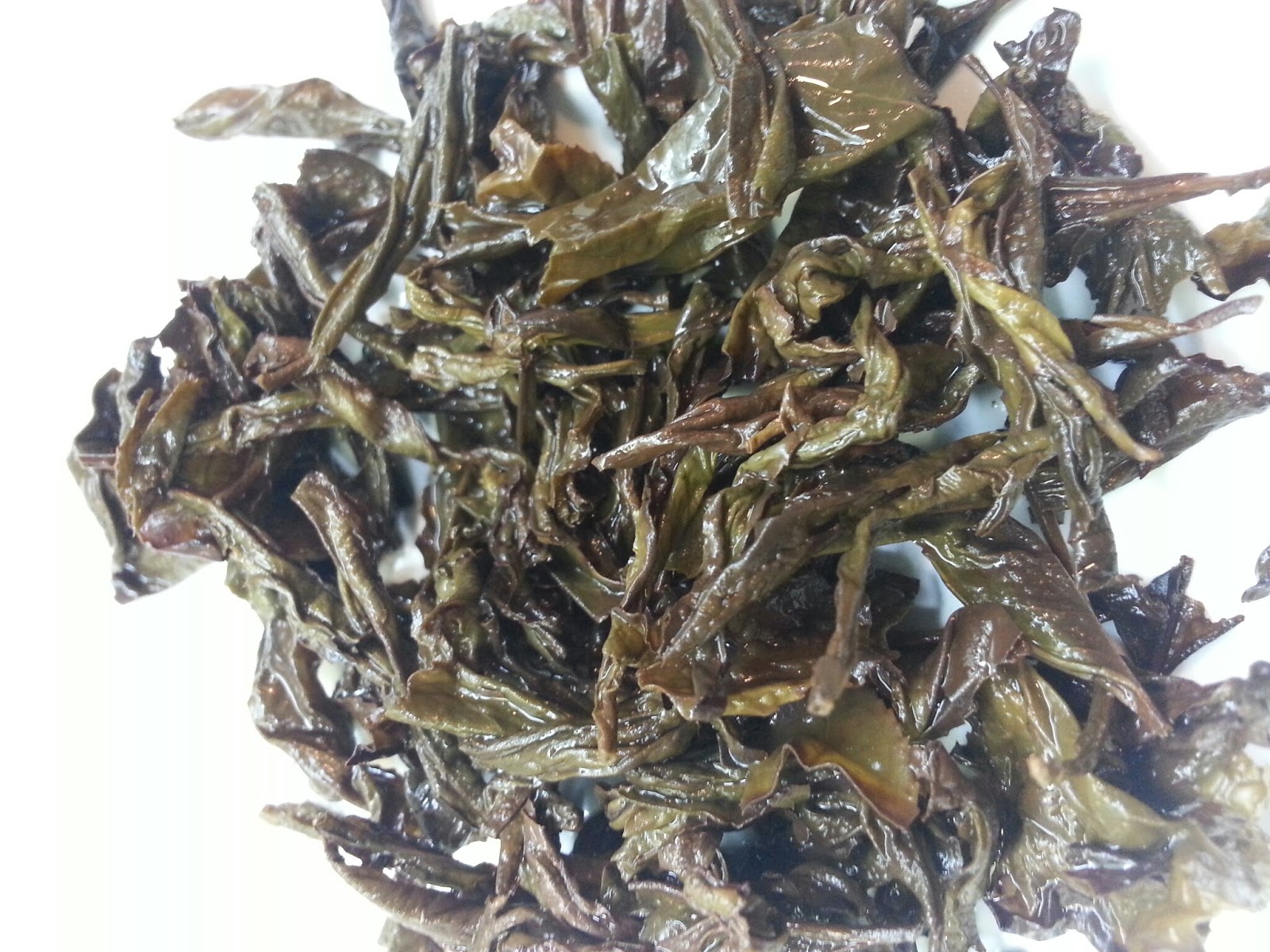 Or maybe the real answer could seem different after getting more expert input, as suggested by Tony Gebeley:

“I have 10-15 answers to many of my tea questions.  The correct answers usually fit into context and show themselves.”

Tony cited one reference supporting Qi Dan as the single right answer is a Baidu.com article on Qi Dan / Da Hong Pao–Baidu is essentially the Chinese version of Wikipedia.  Of course this is only one of many sources and authority inputs he had reviewed, and of course anyone that doesn’t read Chinese would need to use automatic translation to read that.

Other references dig a little deeper.  Global Tea Hut describes Da Hong Pao as a plant type, which it gives a detailed description of, and it seems to describe Bei Dou as a first generation derivative plant type, with the name related to plants grown in a very limited area (with most details on page 19 of this reference).

A Tea Spring vendor reference cites some intriguing background that is hard to verify elsewhere, although this same content is referred to in other places:

“In the early 1950s, Mr. Yao Yue Ming started a Da Hong Pao research laboratory. Using a few stems from the original 800 years old Da Hong Pao tea bushes, he successfully created two new tea varieties. However, Mr. Yao’s laboratory was later closed down and his research was destroyed during the Chinese Cultural Revolution. Yet, he continued his research in secrecy and through his dedication and determination; he finally perfected his creation. He named this tea, Beidou No. 1.”

“When you travel to Wu Yi Mountain, the birthplace of wulong (or oolong) tea, tea enthusiasts always visit Big Red Robe Park. Guides take visitors to the famous five bushes, perched on a cliff face inscribed with the characters for Big Red Robe. These bushes are estimated to be more than 300 years old – much older than is common for a tea bush… Researchers say of these five bushes, there are three distinct varieties. One of them is named Qi Dan.”

So maybe one more name and plant type fills in the set?  It’s interesting to hear this complex story unfold.  Stepping back and thinking through plant genetics seems to help place all this.  A vendor reference about a completely different type of oolong from a different region, Dan Cong oolong from the Guangdong Province, provides a broader perspective, relevant even in the limited context of discussing tea originated from only five plants:

“In modern days, tea can be propagated by cutting. With this method, all tea trees carry the same genetic trait. In old days, tea was propagated from seed. Therefore, each tea tree grown from the seed carries unique and identical trait. As a result, each tree shows differences in terms of the leaf size, intensity of bitterness, flavor, taste and even the color of leaf. It is just like us, human. Although our face and character can [resemble a parent], we are not identical [to]our parent.  In a way, different trees carries different identities, especially in flavor and quality.”

Still crazy after all these years: tea misperceptions