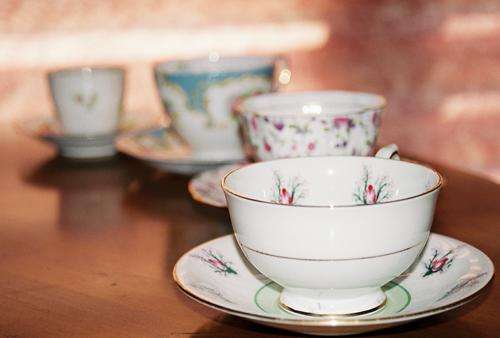 My earliest memory regarding the design of teaware comes from one of my chores as a young boy in the 1960’s. I don’t remember how old I was when Mom decided that my brother and I were going to help with housework (alas, no girls in the household). I was given the task of dusting. After taking a lame swipe at the open surfaces on end tables, curios and bookshelves, my mother explained that the task was a more demanding one than I had anticipated. I needed to clear the surface, wipe it down completely, and then dust each object before carefully setting it back. In demonstrating how that was done, she would tell me about the history of all the objects that had previously been “The Untouchables” in the family living room. 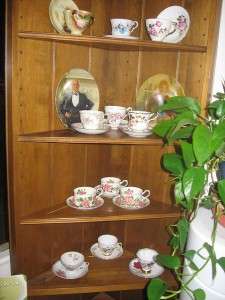 Amongst these objects were a group of mismatched floral bone china tea cups and saucers. I learned that the five sets were each given Mom at her 1954 wedding shower by one of her girlfriends. They seemed very special to my mother, but since she wasn’t much of a tea drinker (unless we were at a Chinese restaurant) I don’t recall that these cups and saucers were ever used. Clunky ceramic mugs got more action on our dining table than porcelain teacups for fear of breaking something delicate and precious.

So, for many years it was my job to regularly handle these wedding mementos. Instead of playing with one of those activity books that have puzzles asking if you can find the differences between two similar pictures, my brain was similarly occupied while dusting the china. Although made by the same English manufacturer, each cup and saucer set bore a different floral pattern. There was one with roses, one with geraniums, one with lilac, forget-me-nots, and daffodils with violets. All were the whitest porcelain with a gold line along the rim, the base of the cups, and accenting the handles. Among the five sets, I observed three different cup shapes and four different handle designs. Some of the saucers had a wavy edge, some scalloped, and one simply round. They each had a more elaborate floral decal on one side establishing a “front side” and a smaller or simpler version on the back side. Most of them had yet another decal on the inside, visible when the cup was faced front. From this I deduced that the cups were designed for right-handed tea drinkers, given the position of the handle with respect to the larger decal. [Evidently I was a frightfully visual and analytical kid.]

Decades later, as a frightfully visual and analytical adult whose parents both had passed way, I was left to sort through their “stuff.” In my thirties, I had no passion for tea or coffee and so much else to imbue with sentimental attachment that these cups and saucers got tagged for a yard sale. Although I had deigned to sell them, I surely couldn’t give Mom’s treasures away. But my price was evidently too high and they didn’t sell. So, for most of the past decade they have remained in my possession, wrapped in crumpled newspapers in a storage tote in the basement.

This post was written by Eric Sternfels.  It first published on the blog 29 January 2007. 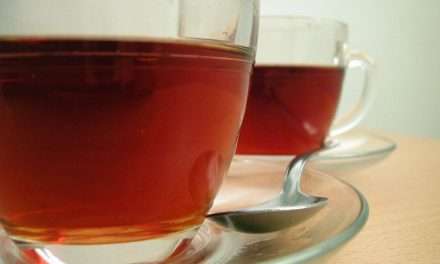 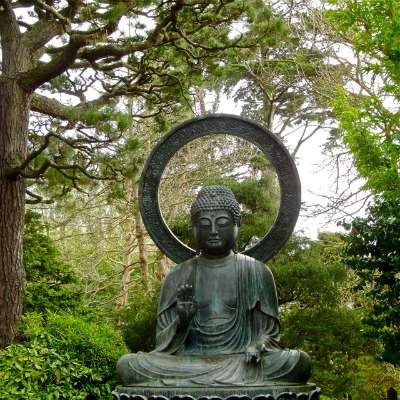 Being snobby about herbal infusions 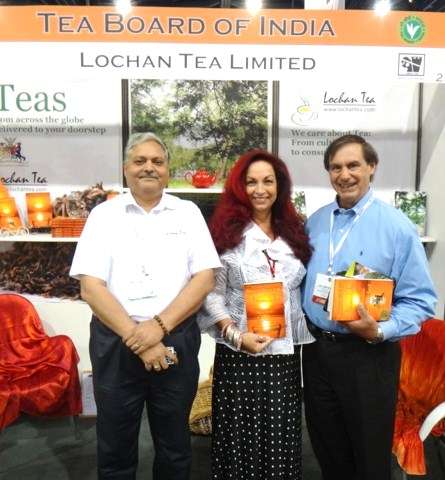 Tea in your veins?