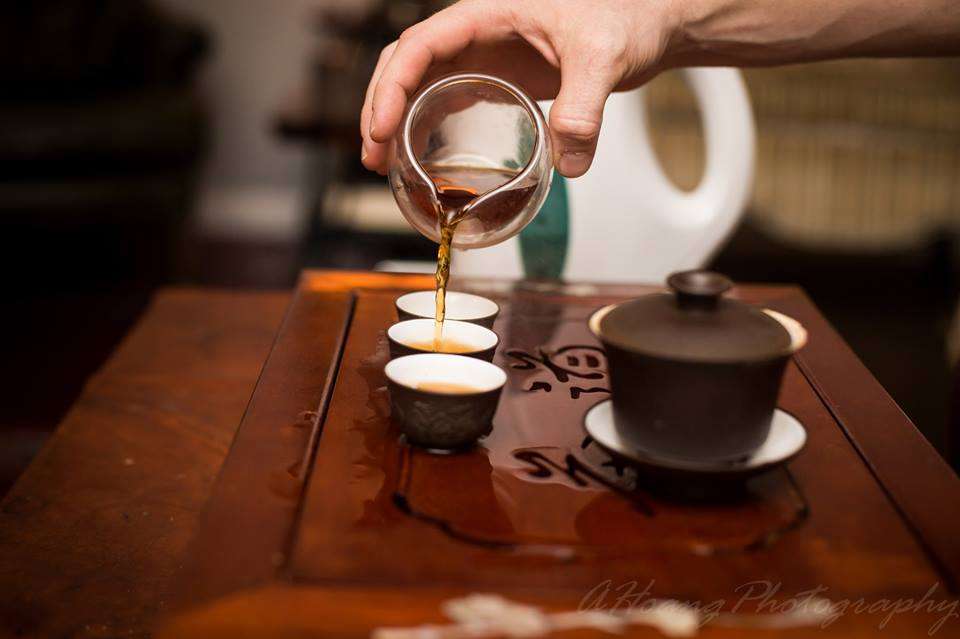 I’m at a very exciting part of my life, because I’m getting to do something I’ve always wanted to do – create a teahouse. After a year of rapid growth my tea import company, West China Tea, is opening its first full-service brick and mortar space. This, of course, begs the question – what is a teahouse? It can mean different things to different people, but there are qualities common to teahouses the world over that unify them. 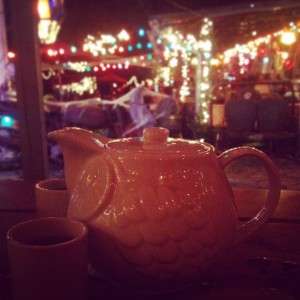 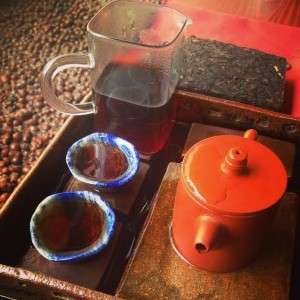 A teahouse is not a place where everyone is individually seated tapping away at their devices, absent-mindedly sipping on a generic beverage. The teahouse is a place for contemplation and gossip, for lively debates, poetry recitations, and swapping jokes. Teahouses are where revolutions are born, where philosophies are invented. Tea is the fuel that stokes the collective fire, and the warm, fragrant sea on which the guests float.

Often, teahouses are outside, or at least have an outdoor seating area. In Chengdu, capital city of western China’s Sichuan province, a teahouse can be nothing more than an array of bamboo tables and chairs lined up next to the river. In Istanbul, the cobblestone streets are dotted with the umbrellas and long tables of Turkish teahouses. In Casablanca, people sip mint tea seated on cushions under spreading cloth canopies. Invariably, they will be full of people whiling away entire days drinking tea and playing Mah Jong, or backgammon, or parchis – the games vary from place to place but the feeling of community and leisure is the same. So now emerges a basic sketch of what a teahouse is: a place with a courtyard or other outdoor space, where people drink tea and socialize for hours on end. Now let’s get more specific – what kind of tea, exactly, is being served? How is it served? How is it consumed? Here is where the teahouse ceases to be about generalities and begins to take form as a unique experience. 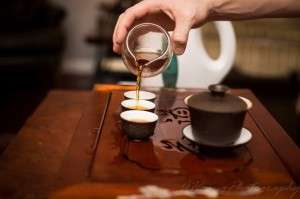 Being a Chinese tea importer, my teahouse will serve Chinese tea in the Chinese fashion. This means unsweetened, whole-leaf tea without milk. The diversity of our menu will come not from the addition of flowers, fruits, or other ingredients to create dozens of blends, but will represent a broad range of farm-direct tea varieties from across China. They will be served by the cup, by the pot, or gong-fu style using a teaset. To ensure that people know how to use the teasets properly, regular classes in the art of gong-fu cha will be offered, as well as tea tastings. These last two are not necessary in China, where tea is deeply ingrained in society, but in America a teahouse must serve not only as a venue for tea culture but as a source. Customers will be able to buy cakes of tea and loose leaves by the ounce, as well as teaware both imported and made by local potters. Eventually, I want there to be lockers where regular patrons can store their precious teapots and cakes of aged tea, so that they don’t have to ferry them back and forth. 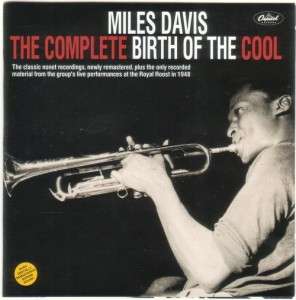 The music, in a perfect world, would all be on vinyl, a mixture of jazz, Chinese instrumental, Western classical, and downtempo electronic music. The teahouse employees will patrol the courtyard with kettles of hot water to refill the pots and gaiwans for the patrons. Paper lanterns and a mixture of Chinese ink paintings and modern work by local artists will populate the walls. People can come to enjoy a solitary cup of tea on a misty morning, an afternoon pot of tea to wait out rush hour, or a round of gong fu cha with friends gathered around a fire on a chilly evening.

Building a teahouse is about more than just selling tea. It’s about creating a sanctuary, cultivating community, and spreading tea culture. A good teahouse is an oasis, a little patch of stillness in the spinning world. 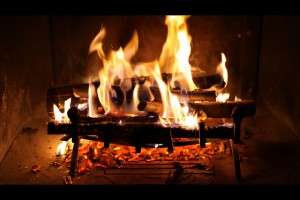 If you want to help us build the teahouse, consider contributing to or sharing our current IndieGogo campaign, A Teahouse For Austin.

From Kiev with love

tea and spirituality in portland