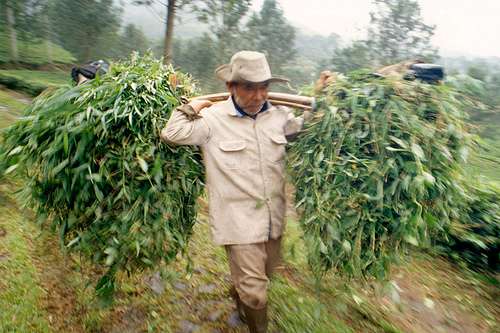 “If Lu Yu was the God of Tea, I think it would not be an exaggeration to say Mr. Wu Jue Nong is the modern tea sage” – Lu Ding Yi, Former Deputy Vice Premier of China

As many avid students of Chinese tea know, Lu Yu is perched on a tea pedestal. His seminal work Cha Jing (The Classics of Tea), written around 780 CE, detailed a comprehensive treatise of tea- including production, preparation, cultivation, equipment, among others. More than a thousand years later, he continues to be the benchmark for all tea scholars.

If anyone has a comparable impact on the modern tea industry, it has to be Mr. Wu Jue Nong (1897-1989) from Zhejiang province in China.  Born Wu Rong Tang (literally glorify the clan), he eventually changed his name to Wu Jue Nong, which can be translated as ‘awakening the farmers.’ That, in a nutshell, sums up his life’s work.

As a young man, Wu studied at Zhejiang Agricultural Technical Institute – the early incarnate of Zhejiang Agricultural University – majoring in tea studies. Graduating in 1916, he stayed another three years as an assistant before going to Japan to further his studies.  In Japan, the fire for his lifelong work was stoked. 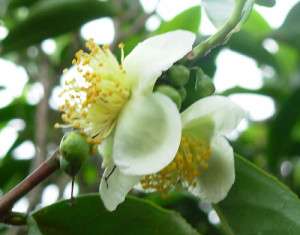 Wu was appalled by some of the writings he read while in Japan, for instance statements such as “many scholars suggested that Britain rather than China was the birthplace of the tea plant,” and “there are no wild grown tea plants in China, only cultivated ones, this suggested that Assam rather than China is the original birthplace of tea.”  For one who loved his country and its tea as much as Wu, this misinformation was devastating.

“Once a country is in decline, everything is snatched from us.” Wu lamented.  In 1922, he published his research paper presenting an irrefutable case that China was the birthplace of tea, and returned to China where his career begun.

An accomplished educator and researcher, Wu’s career did not take off with a bang, however. When he returned to China, he travelled through his hometown, trying to establish tea markets and introduce contemporary mechanization to China. Unfortunately, those were tumultuous times for China, during an era commonly known as the warlord era, without a strong central government to restore a long suffering economy. Wu’s vision did not take off at that time, and he returned to teaching.  But he would not languish long in the classroom.

Mr. Zou Jianwen from the Shanghai Trademark Protection board recognized Wu’s talent and invited the latter to setup the SOP for quality control of exports. Wu delivered, but he considered quality control at the export stage reactive, believing quality control should be enforced at production stage.

Wu also believed that to raise the quality of tea leaves, scientific methodology had to be employed in the cultivation, picking, production, and storage of tea. He led a team of tea researchers into Anhui, Zhejiang, Jiangxi, Fujian and Taiwan to study and research the entire tea production cycle. With this invaluable data, he and Mr. Hu Haochuan eventually wrote a 130,000 word publication titled “Blueprint for the Revival of China Tea’s Industry” which was published in 1935 to critical acclaim.

Wu also pushed for and assisted the growth of tea research institutes in Hunan, Hubei, Fujian, Yunnan, Sichuan, Guizhou and Guangdong,  among other provinces. He laid the foundation for the modern scientific tea research approach that would eventually be commonplace throughout China.

Wu was not insular in his approach though. From 1934 to 1935, Wu travelled to India, Sri Lanka, Indonesia, Japan, England, and the Soviet Union to learn from these nations. After publishing his treatise, Wu surmised that China should study the strengths of other nations to cover its weaknesses, believing that with hard work and a positive mindset, China’s revival would be at hand.  Soon he was to face his greatest challenge: the Second Sino Japanese War

In 1937, the second Sino Japanese War broke out, throwing Wu’s efforts into disarray. Wu was not to be undone and in dramatic fashion, he and his contemporaries risked their lives to bring tea from war zones in Southern China to Hong Kong which was one of the few export ports available to them at that time. This not only preserved the livelihood of many of these farmers but provided valuable funds for the resistance efforts.

In 1941, while Pearl Harbor shocked the world, Wu remained relentless in his vision. Wu travelled to Wuyishan to establish the first dedicated tea research institute there and became its first president. This was even more amazing given he had travelled from Chongqing, which was the base of the Chinese resistance force (arguably the safest place in China, if such a place existed), to Fujian which had partially fallen to the Japanese.

After the Sino Japanese war and the Chinese civil war, Wu’s career took a different trajectory. He was invited to oversee the Chinese tea industry where he continued to realize his vision of a modern, scientific approach to tea production.

Research continued to be his heartbeat as he published numerous publications and continued to facilitate tea research institutes all over China. In 1979, an 82 year old Wu refused to rest on his laurels and published “A Critique of the Classics of Tea,” probably his most widely read publication.

Though Mr. Wu Jue Nong passed away in 1989, his legacy continues. As you sip your cup of Longjing, remember Mr. Wu Jue Nong, the Awakener of Farmers.

Derek Chew owns and operates Peony Tea S., an online tea store based in Singapore, serving lovers of Chinese tea all over the world.

Derek Chew is the founder of Peony Tea Solutions (www.peonyts.com), an online Chinese tea shop in Singapore, whose motto is "Celebrating the contemporary art of tea." His goal is to simplify and demystify the art of tea so that anyone can brew it without feeling intimidated. There is a Chinese saying that "the tallest buildings are constructed from ground up." Although there is much to learn about tea, baby steps have to be taken. Derek hopes to simplify the process, but preserve the experience. On a personal note, the loves of his life are God, his family, literature, and tea - in that order. His plan is to devote the rest of his life to these four causes. On a frivolous note, he enjoys the odd occasional flirtation with the Los Angeles Lakers and the NBA. 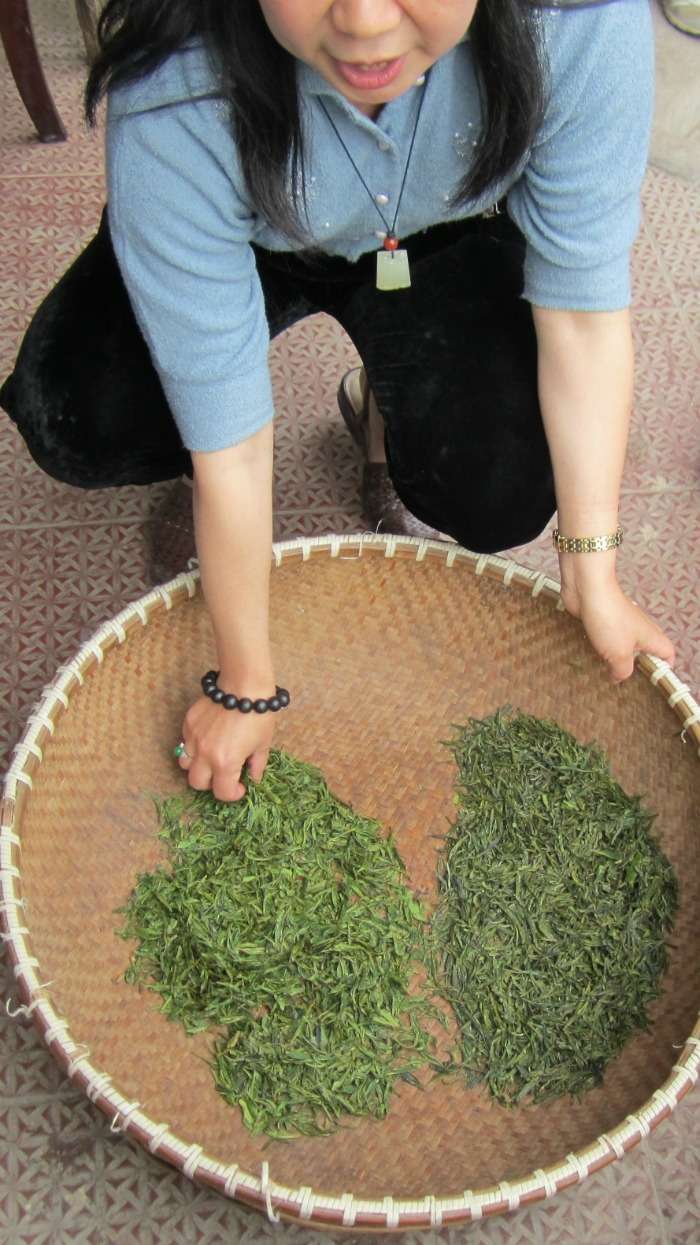 The mysteries of Chinese tea 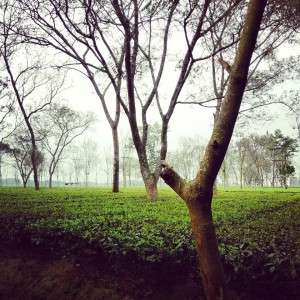 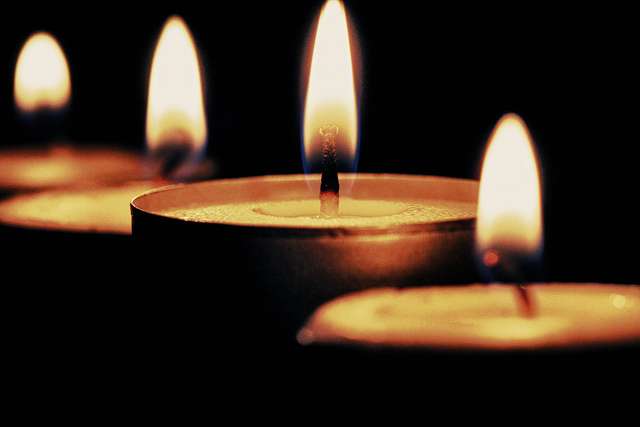