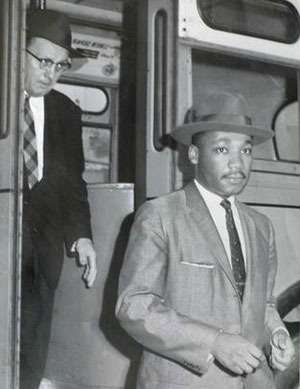 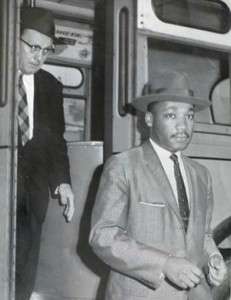 The recent 50th anniversary of Martin Luther King’s I Have a Dream speech provided an excuse to listen once again to King’s powerful oratory and an opportunity to reflect on my husband’s and my personal connection to Dr. King.  One of my parents’ good friends and a frequent visitor to our home as I was growing up was Rev. Glenn Smiley.  Rev. Smiley and his wife, Helen, shared many of my parents’ beliefs, including the core tenets that shaped their lives – those of nonviolence and justice.

As a child and young adult, I knew nothing of Rev. Smiley’s pivotal role in the civil rights movement.  In fact, even when my parents suggested that my husband-to-be and I ask Rev. Smiley to marry us, we had no knowledge of his friendship with Dr. King.  It was not until years later that we came to appreciate how fortunate we were to have been married by Rev. Smiley.

For those of you who may not be familiar with Rev. Smiley’s legacy, it is an impressive one.  Not surprisingly, however, it was his association with Dr. King as an advisor who encouraged him to adopt Gandhi’s nonviolent approach to change that solidified that legacy.  Rev. Smiley also accompanied Dr. King on the first desegregated bus ride in 1956 in Montgomery, Alabama; encouraged joint prayer meetings between black and white ministers in the South; and founded the Justice-Action-Peace Latin America group that organized seminars on nonviolence. 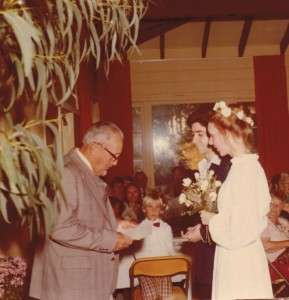 Rev. Smiley marries my husband and me

Even before his association with Dr. King, Rev. Smiley was at the forefront of what was to become the modern civil rights movement.  In 1940, as a leader in the Fellowship of Reconciliation (FOR), Rev. Smiley “led a three-month civil disobedience campaign to desegregate the tea room in Bullock’s Department Store in downtown Los Angeles,” according to Pro-Justice Ethics: From Lament to Nonviolence, by Richard Hughes.  What was essentially a sit-in was a success, accomplishing what 11 bias suits failed to accomplish – the integration of the Bullock’s Department Store tea room, a well-known gathering spot for the rich and famous.

Although this tea room had been set up to exclude, another – the Crystal Tea Room, also in Los Angeles – served as a venue for bringing musicians, both black and white, together to circumvent those within the music industry and arts establishment who sought to restrict rather than embrace.  Jazz greats Buddy Collette and Bill Green organized weekly jam sessions at the Crystal Tea Room to encourage budding jazz musicians to improve their craft.

What about the tea served at these pre-World War II watering holes?  Alcohol was likely the drink of choice, despite the “tea room” monikers.  Although according to an account in Ted Gioia’s West Coast Jazz: Modern Jazz in California, 1945-1960, among the events hosted by Collette and Green at the Crystal Tea Room was a “Sunday ‘no alcohol’ event.”  So perhaps a tea bag or two did indeed unite with some hot water now and again. 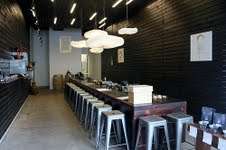 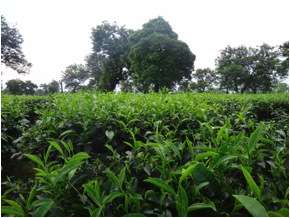 A time of change

In search of Darjeeling