Home » Health & Well-Being » Is tea research all it is cracked up to be?

Is tea research all it is cracked up to be?

There are many reports of research carried out on various types of tea to determine their effectiveness in combating weight gain, cancer, heart disease, and so on. But just how much of this research is meaningful? Yes, the research happened and produced certain results, but those results may not be scientifically valid.

The temptation for the ordinary person is to see a report on how good tea is on an authoritative site, such as that of the BBC or a respected university, and assume it must be true. In fact, for some, a simple testimonial by “Aunty Beeb” is enough to make a believer out of them.

The problem is that reporters have little or no knowledge of the scientific method and the public at large has even less! That makes it difficult for most people to look at these reports objectively. A reporter’s job is to make news reports as interesting and appealing as possible, so he or she make not take the time to explain everything. And the scientists who publish their research know the limitations of their work, but are unlikely to communicate them, other than in a short paragraph that could easily be overlooked or ignored by the reader.

The main points about the studies carried out on green and white tea are:

Point 1 – The sample size and experimental period are small, too small really in most cases to be extrapolated reliably and definitively to the population as a whole.

Many studies have involved less than 50 people and, according to the National Cancer Institute (U.S.-based site), the results of many tests are inconsistent, which makes you doubt whether the research is as conclusive as you might have thought. And just when you thought it was good to drink tea, the UK press reported recently that a Scottish research group found that if blokes drank 7 or more cups of tea per day they had an increased risk of prostate cancer. Oops.

One of the biggest problems with any medical research is that of control. Biological systems are complex and one person’s body reacts very differently than another’s. It is also difficult to control what subjects eat and drink in addition to tea during the test period; even if a subject’s diet is controlled during the research, it is possible that what the subjects have eaten in the weeks or months before will have influenced the results. Nor is it possible to control the genetic makeup of the sample. Where samples are large, the results are anecdotal, gathered by questioning. Again, there is no control over the conditions and the results are subjective and not scientifically observed.

Point 2 – The research has been carried out on non-human animals.

While there are many similarities between mammals, their genetic compositions are very different and there is no guarantee that what works on a mouse or a beagle applies to a human.

Point 3 – The research has been carried out on cells that have been grown in the lab, not on naturally grown cells.

The most reliable observations of the effects of tea (or chemicals extracted from tea) on body cells are those that involve actual body cells, but such observations do not take into account the processing of chemicals in the body. If chemicals were not altered as they pass through the digestive system and liver, it would be easier to predict the effect, but that is not the case. In addition, this type of research does not take into account how the cells would react “in situ.”

The most reliable research is that which is based on identifying the active ingredients in tea. That cannot be refuted. Teas definitely contain a range of known antioxidant chemicals that do indeed appear to have a beneficial effect on the body. However, it is pointless to drink tea because you think it will keep you healthy or help you lose weight. All the available evidence suggests that because it contains antioxidants, it could contribute to your well-being. But if your diet is not balanced, no amount of tea can compensate.

The conclusion: Drink tea because you like it – happy supping! 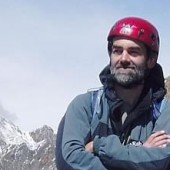