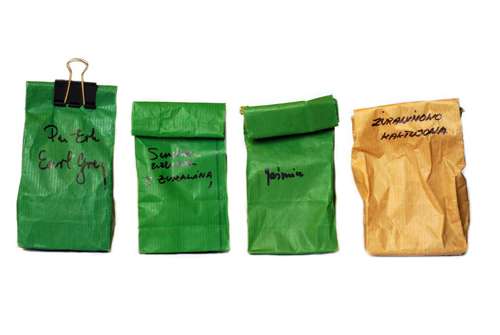 This month marks our seven-year anniversary, so I thought it might be fun to look back at which teas were the most popular at the beginning compared to our top-selling teas today. After running a comparison from 2006 to 2012, I was a bit surprised to see pretty much the same teas in the Top 25 from 2006-2012. In the Top 5 across all seven years were Jade

Bliss Matcha, Walnut Green, Sunburst, Smooth Cocoamint, and Genmaicha. In 2009, we introduced two new teas, which immediately made their way into the Top 10: Spiced Nuts (rooibos) and Vanilla Lemongrass (botanical blend). In 2011, our ceremonial-grade matcha and organic sencha also moved into the Top 10, displacing some of the flavored blends.  Also displacing some flavored blends in 2011 and 2012 was our Masala Chai, which made its way back into the Top 5. For whatever reason, this year we’re selling a lot more chai, both our homemade brew in-house and the loose blend to take home and make. Not surprisingly, Moroccan Mint, Earl Grey, and Cinnamon Orange Spice were also pretty consistently in the Top 10.

Contemplating and analyzing the various reasons for certain teas’ popularity and corresponding tea sales plays a role in the way I structure overall strategy for a year, and also provides a peek into teahouse history across the years. The staff at the teahouse, for example, surely influences the teas we sell, and this is quite evident in each list. When I’m at the teahouse, I’m pretty honest with guests about which teas I love and which teas I don’t love. My team members have their faves as well, and sell them accordingly. It was interesting to me to see Blueberry Rooibos in the Top 10 in 2010 and 2011, even though I strongly dislike that tea. But alas, a few of our newer staff members those years started selling a lot of it because they really enjoyed it.

This is important for an owner to recognize this because you cannot get caught up in what you like: your staff will tend to sell what they like, so if you’re taking a dogmatic approach to selling/pushing what you like, you may not be as successful in moving your tea. It has to be about focusing on what your guests like and aligning that with what is profitable. Lavender Earl Grey is another example. I’m not a fan of that tea and tried to discontinue it over the summer declaring it a catalog “dog.” The minute I tried to discontinue it a few newer staff members started selling it like crazy. Interestingly, I found this to be the case with just about every tea I’ve tried to discontinue. I suspect some laws of economics are at work here: supply and demand in full force. Good lessons to be mindful of this year, especially as I work to tweak our catalog further in anticipation of the slower summer months ahead!

Tracy Monson is the owner and founder of Essencha Tea House & Fine Teas in Cincinnati, Ohio. After graduating with a degree in Film from the University of Colorado (Boulder), Tracy took a 2-1/2-year trip around the world, spending much of her time in tea-producing, tea-drinking cultures. A large portion of that time was spent in Japan, where she worked while studying ceramics, tea, and Japanese. Although she had always been a tea drinker, it was during this time that she began a true love affair with tea and its associated cultures, rituals, history, art, and aesthetics. After leaving Japan, Tracy decided to backtrack, taking another trip around the world, during which time she met and married her husband of 14 years. After her return to the States in the mid-90's, Tracy began a career in IT while pursuing her MBA. It was during this time that she began to explore the feasibility and viability of opening and sustaining a modern teahouse in Cincinnati. About a year and a half after graduation, she left her career and opened Essencha Tea House in March 2006. In addition to overseeing strategy at the teahouse, Tracy is the mother of three young children and spends what little free time she has outside the teahouse exercising, cooking, reading, and entertaining.

Palaces and monkeys and chai tea. Oh my! 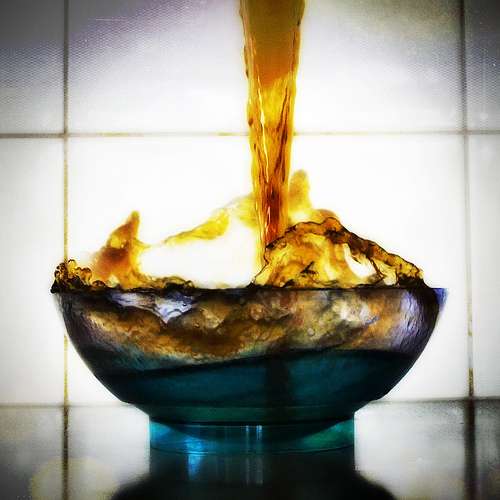