You don’t need to mull it over 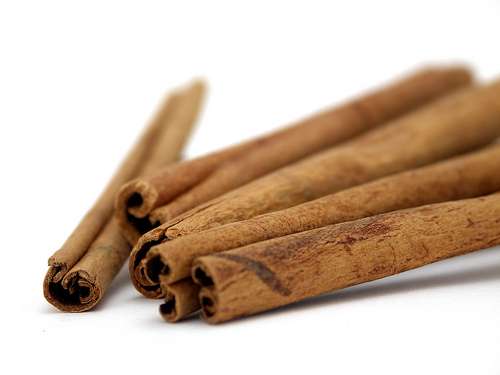 Even if there are no chestnuts roasting on an open fire or piles of sugary snow around the door, shortly after Thanksgiving, I turn to my early winter drink of choice: mulled cider with tea and spices. Despite the weather, the aroma of cinnamon mingled with allspice,

ginger, and cloves connotes festivity for many of us and the simple addition of a favorite tea elevates the experience to another plane. I like to use a slightly smoky Keemun, which brings to mind that pleasant aroma of a fireplace, with or without the chestnuts. It also evokes for me the memory of youthful times when a school snow day was announced, causing us kids to take to the untrammeled snowy streets, Flexible Flyer in hand, ready to slide down soft hills blanketed in snow that had fallen overnight. Alas, hot cocoa was the beverage of choice after those adventures.

Fast forward many years and now I am drinking tea instead. Unlike chai, which is sweetened with honey and enriched with dairy, the mulled beverage is lean and crisp, sweetened only with the natural sugars of pressed apple juice. The trick is to source fresh, highly fragrant spices, good unadulterated fruit juice sometimes called cider (it’s the beverage in the refrigerated case at your market, not the clear apple juice on the bottled juice shelf), and fresh, fragrant, and flavorful tea leaves. Once the shopping is done, you can either make this by the mugful or the potful with the intent to imbibe it all in one sitting since the flavors change and degrade over time. It’s best to brew the tea with the spices first (using somewhat less water than you might normally use when brewing tea on its own), decant the liquid, and then add the juice, heating the mixture just until hot. The fruity pleasure of heated apple juice is negated by overboiling.

Whether you are making the beverage for yourself or for an expected visitor dropping by, why not bake up a batch of buttery dried apple-studded cookies (recipe follows) to have on hand (these keep well if stored in an airtight tin). Crisp, but punctuated with chewy patches throughout, these cookies are the perfect accompaniment to the tea.

For the Mulled Cider Tea:

Heat the water with the spices to a boil. Expect some evaporation, which is why the water amount is higher than you might figure. Remove it from the heat and allow it to steep for at least 10 minutes until the spice flavor is evident. Sieve out the spices and add the tea leaves to the sieved liquid. Bring the mixture to 212 degrees F. and allow it to steep for 3 minutes. Sieve out the tea leaves and then add the apple cider. Heat until just hot and serve immediately.

For the Buttery Dried Apple Coins:

In the bowl of an electric mixer outfitted with the paddle attachment, cream the butter until soft and light. Add the sugar and continue creaming until absorbed, scraping the bottom and sides of the bowl a few times during this process. Add the egg and vanilla extract and mix until blended. Mix in the apple bits and then finally the flour, mixing just until the flour disappears. Scrape the mixture out of the bowl and place it on a sheet of parchment paper or plastic wrap, folding the paper or wrap over the dough. Flatten the dough and then refrigerate until firm.

When firm, remove the mixture from the refrigerator and form it into a tight log, measuring about 1-1/2 inches in diameter. Place the log into the freezer and when solidly frozen, remove and slice into 1/3-inch-thick rounds. Place the rounds onto a parchment paper-lined sheet pan. Return to the freezer to firm up.

Five minutes or so before you bake the cookies, preheat the oven to 350 degrees F. Make sure that the oven rack is set midway up from the bottom of the oven. When the oven has reached the correct temperature, remove the sheet pan of cookies from the freezer and bake for approximately 10-15 minutes, or until lightly browned, rotating the sheet pan, as needed, to ensure an even bake. When the cookies are done, place the sheet pan on a cooling rack and when cool, carefully remove from the parchment paper.  Store the cookies in an airtight tin at room temperature. These should stay fresh for about three or four days. 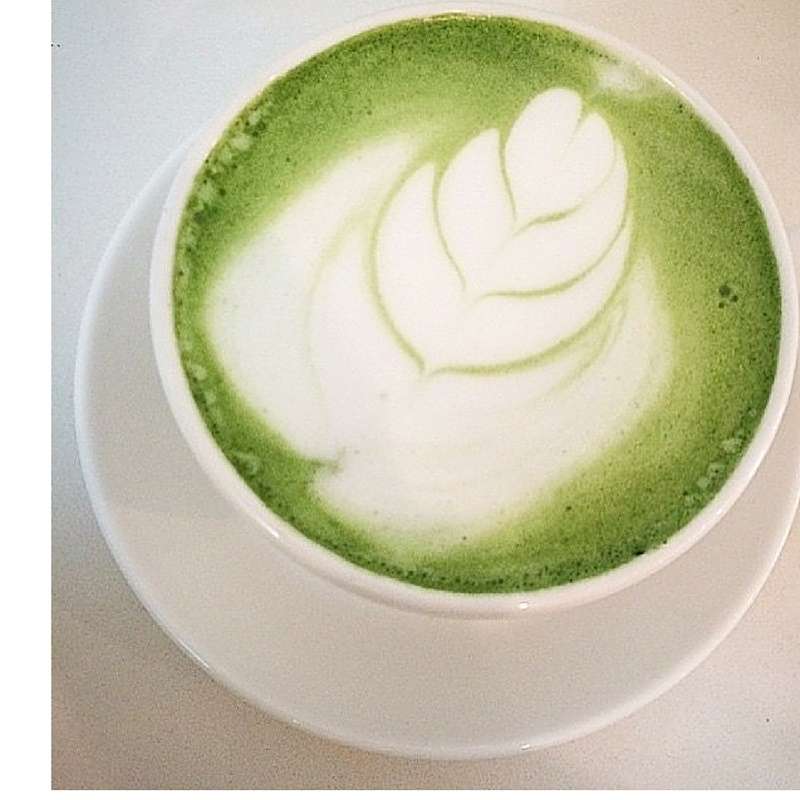 How to Make a Matcha Latte 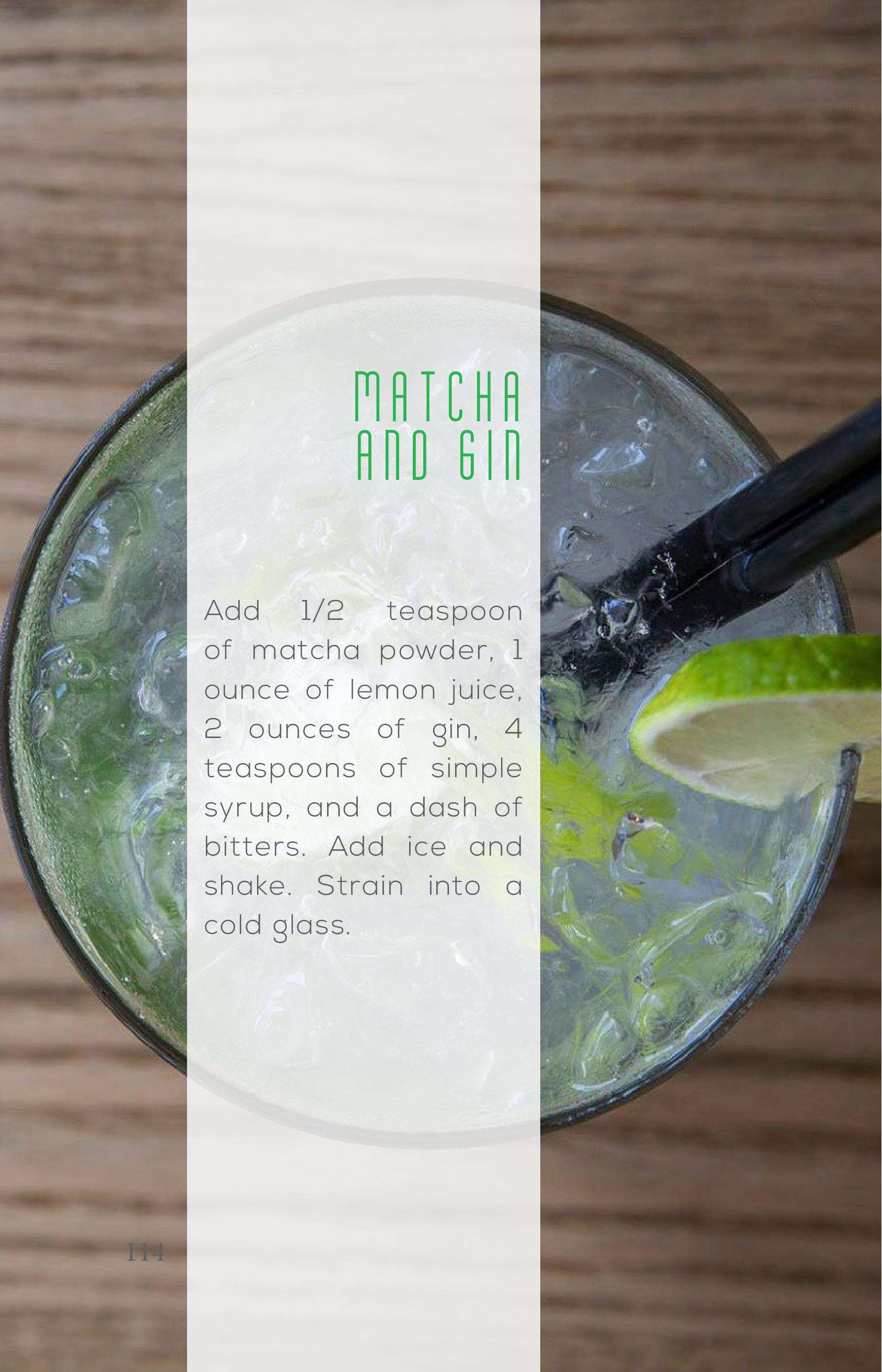 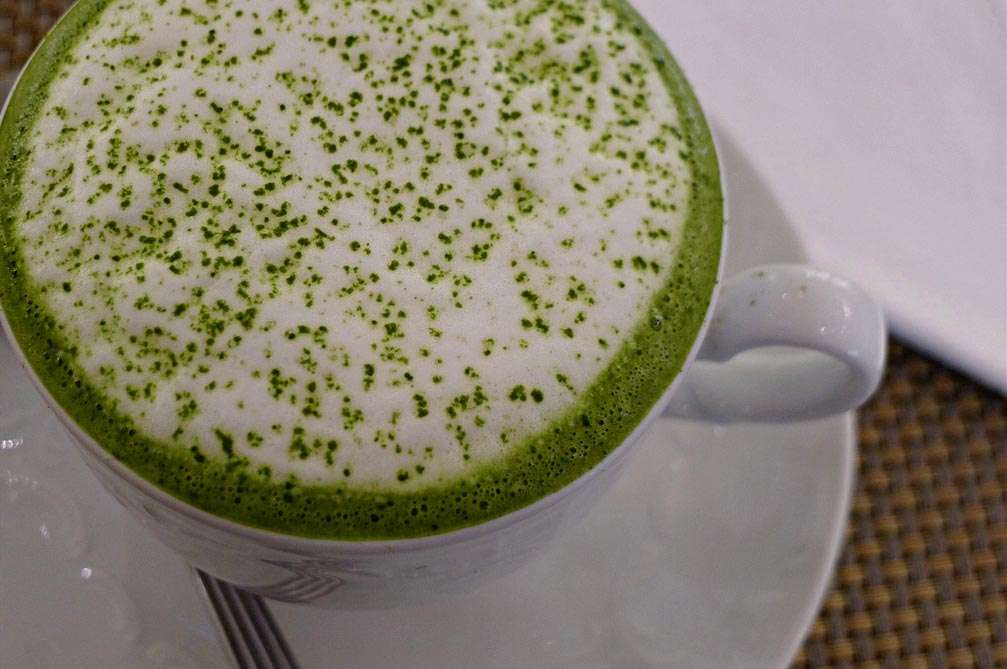