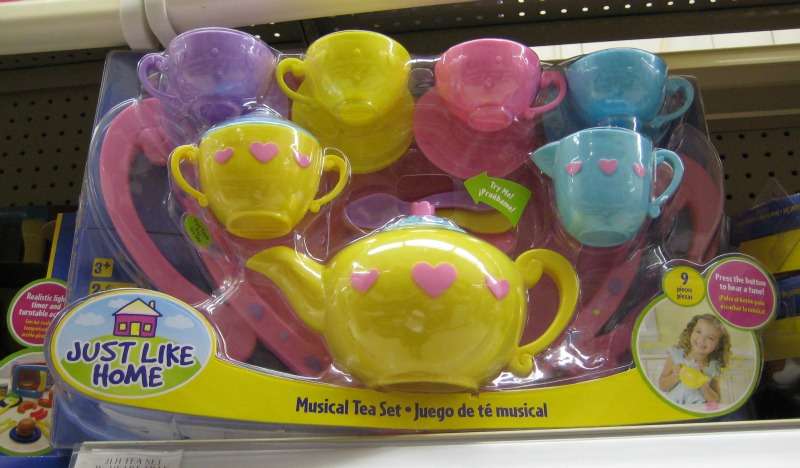 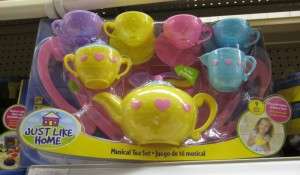 My recent volunteer experience at a toy drive heightened both my curiosity and disenchantment with the world of toy making.  Dire financial times hinder charitable giving on all fronts.  After just an hour of orders being fulfilled from a dozen organizations, the bins were nearly empty.  Some of us were not only disheartened by the quantity, but also by the quality, of the donated toys, the majority of which seemed incapable of piquing children’s creativity and imagination.

After a visit to a national toy chain a week later, I concluded that modern toys in general aim to slake juvenile materialistic yearning and often lack simplicity and practicality.  This post was prompted partly by the store’s crude ceramic children’s tea set.  If kids wish to play with the real thing, can’t they just borrow their parents’?  And if parents have pecuniary or safety concerns, a fragile fictile tea set should not be considered at all.  No wonder dust had gathered on those boxes.

The colorful and indestructible I’m a Little Teapot tea set, featured in this video, plays music when imaginary tea is poured; no battery is required.  The New Toy elaborates on its rave review by stating that a tea set is the epitome of an open-ended toy.   The Peppa Pig Sip n Oink Tea Set seems well-designed too, but all that plastic diminishes the overall presentation. 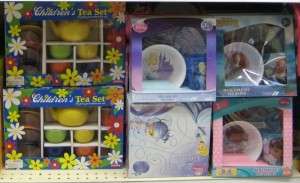 For mature tea enthusiasts, there seem to be two types of tea toys / tea collectibles / tabletop décor, as showcased in this Tea Toys YouTube video.  The first demonstrates thermal expansion, and the second thermochromism.  Creatures such as a chameleon would be most appropriate subjects because their innate traits and behaviors can be amusingly mimicked on a tea tray.  In China, these toys are called tea pets, nourished and “kept alive” by tea.  The idea behind Tamagotchi toys is not as seminal as once thought.  The manufacturers of the toys mentioned in the Tea Toys video are headquartered in Yixing, Jiangsu Province, China, famous for its Yixing clay and Zisha pottery.

What were your favorite toys?  My favorite was Lego blocks among boxes and boxes of toys.  It took us a while, but my Mom and I eventually located R2D2 during our last visit to the vast Legoland. 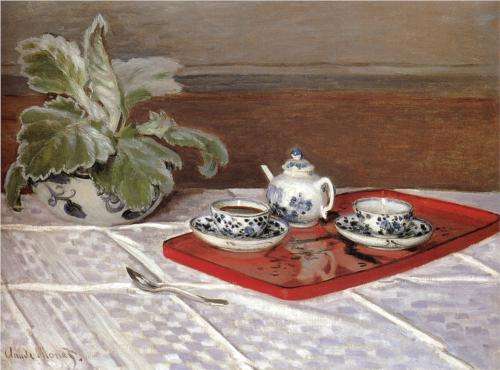 Depictions of tea in art 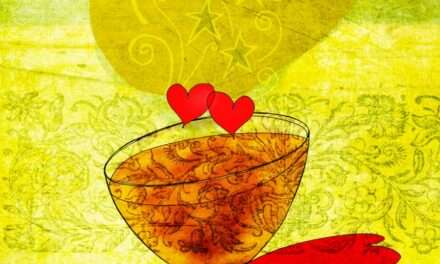