Tea (and fruit) all the way from China 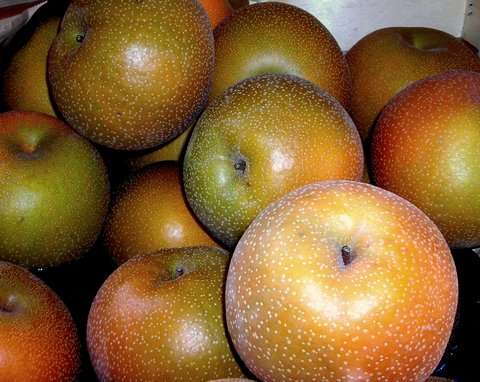 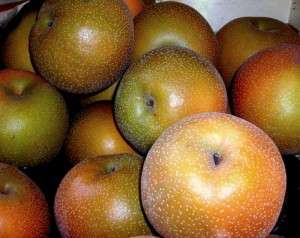 At this time of year when fruit tree vendors begin to display mounds of California-grown russet, yellow, and green-skinned Asian pears at my local farmers’ markets, I can’t get enough of the fruit.  I buy them by the half dozen at least, eating them daily, peeled and cored, and with napkin in hand, biting into crisp flesh with a pleasant spray of juice going everywhere.  Look for the Yali or Tsu Li varieties with their characteristic pear shape and addictively distinct aroma and flavor.  Otherwise, seek out the Nijisseiki (aka 20th Century) variety, which is round, greenish yellow, and dappled with green.

Often enthralled with the aromatic, almost Gewürztraminer-like spicy notes in the fruit when they’re at their best, I am at other times equally disappointed by bland, though still juicy, varieties whose flavor is somehow underdeveloped.  Therein lies the inspiration for the tea-flavored poaching liquid in which I cook those less than flavorful fruits, adding zing with star anise, cinnamon, and even whole black peppercorns.  A bit of sugar, a few strips of orange or lemon peel, and water comprise the syrup to which I add a good handful of Chinese black tea leaves (Keemun, Yunnan or even Lapsang Souchong).  What this process yields after about a half hour bath in the simmering syrup is fruit that has soaked up the flavors of the tea and the spice while still retaining its characteristic firm texture.  If you have kept the sugar to a minimum and reduced it as suggested in the recipe below, you can dilute it with a bit of hot water for a pleasing alternative to your regular afternoon cuppa.

Here are the specifics:

4 Asian pears (Ya Li, Tsu Li, or 20th Century varieties work well, but use what you can find), gross weight about 1 lb, peeled and cored (carefully remove the woody cores and the area around the core which can be unpleasantly astringent)
2 quarts water
1 ounce whole premium-quality Chinese black tea (choose your favorite here; a Keemun or Yunnan would work well, but if you like a bit of smokiness, choose a subtly smoky Lapsang Souchong)
½ cup granulated sugar
4 whole star anise
2 cinnamon sticks, each about 3 inches long
½ t. whole black peppercorns, smashed with a meat pounder or rolling pin (place them in a small paper bag before smashing them)
Zest of 1 lemon or orange (just the colored portion, avoiding the bitter white pith, cut into strips 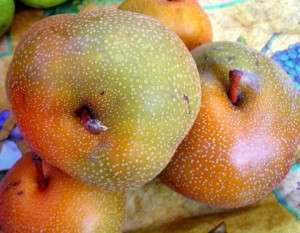 Peel and core the fruit, and then cut into ¼-inch-thick chunks or wedges.  Bring the water to just under a boil (about 205 degrees F.).  Add the tea leaves and remove from the heat to infuse the tea for about 4 to 5 minutes.  Strain the liquid through a fine sieve and return it to a clean saucepan.  Add the sugar and bring to the boil again to dissolve the sugar.  Place the spices into a square of a double-thick cheesecloth, tie tightly with kitchen string and place the spice packet along with the citrus peel into the sweetened tea.  Bring to a simmer and now add the fruit. Simmer for about 30 minutes.  Remove from the heat and allow the fruit to stand in the liquid (the pears should have taken on a slightly golden glow).

You can serve the fruit with a bit of the liquid poured over it as is, but for a more concentrated flavor, it’s best to reduce the poaching liquid before serving it, until it becomes the thickness of maple syrup.  To do this, place the saucepan back onto a medium to high heat and cook the liquid until it thickens slightly, stirring occasionally with a heatproof spatula.  Watch it carefully to avoid burning it.  Then drizzle it immediately (or cool and chill, if you prefer) over the fruit in small serving bowls (glass compote dishes would be nice here), dollop a bit of plain Greek yogurt over it, scatter some chopped pistachios and roasted grapes over all, and serve.

Robert Wemischner will be participating in the upcoming 2nd annual Los Angeles International Tea Festival on October 27 and 28, presenting two sessions each day on pairing tea with cheese and tea with chocolate.

Credit for the photos goes to Lauren Wemischner. 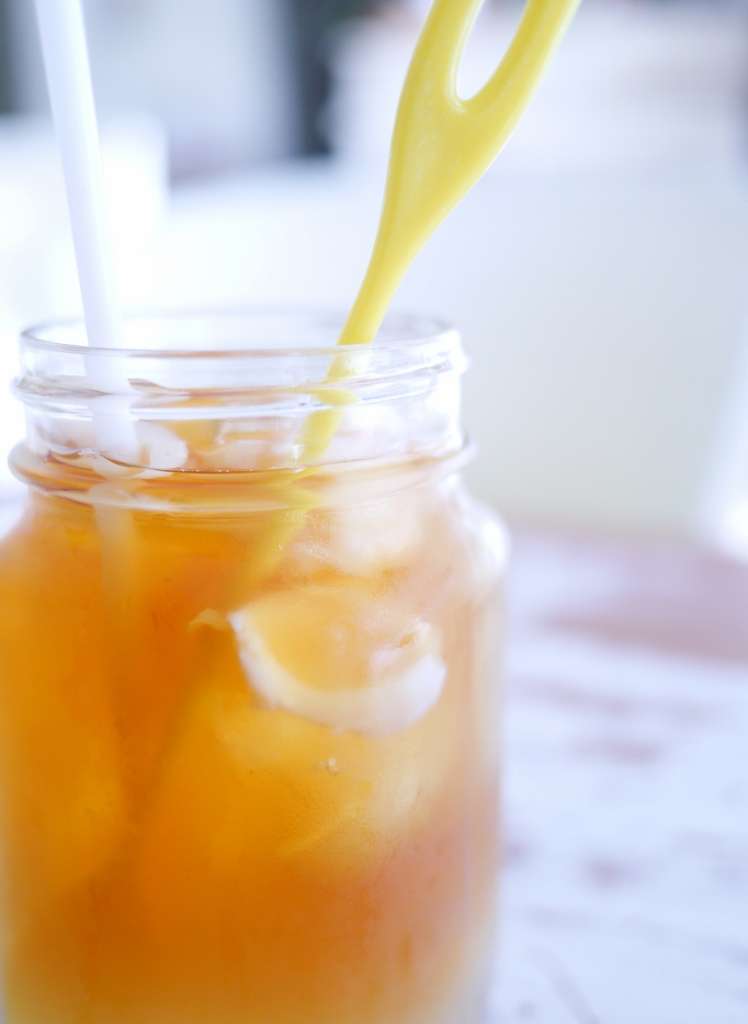 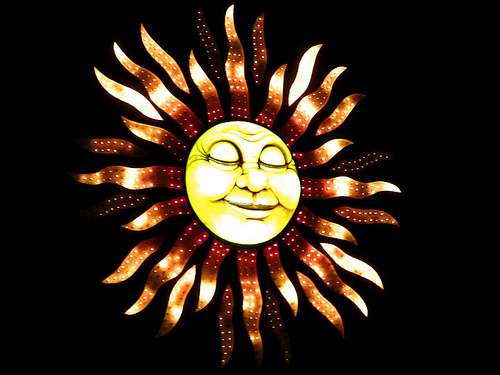 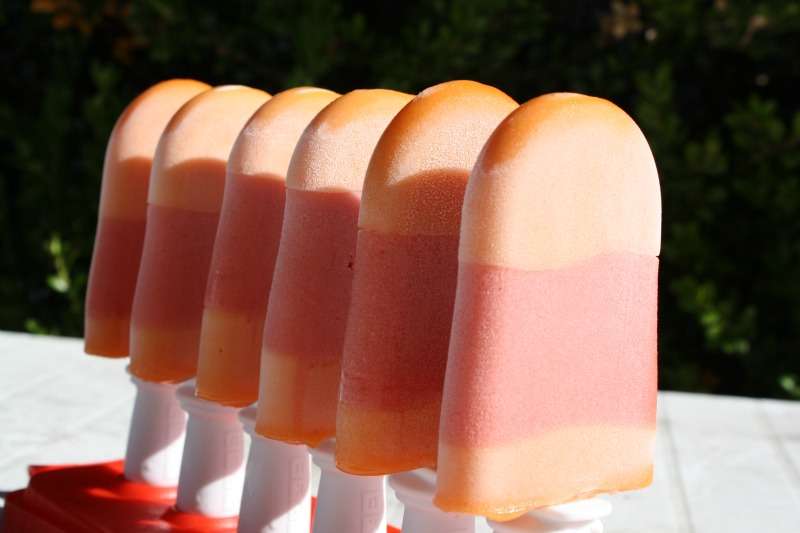 Tea-sing the best out of summer fruits and chilled tea