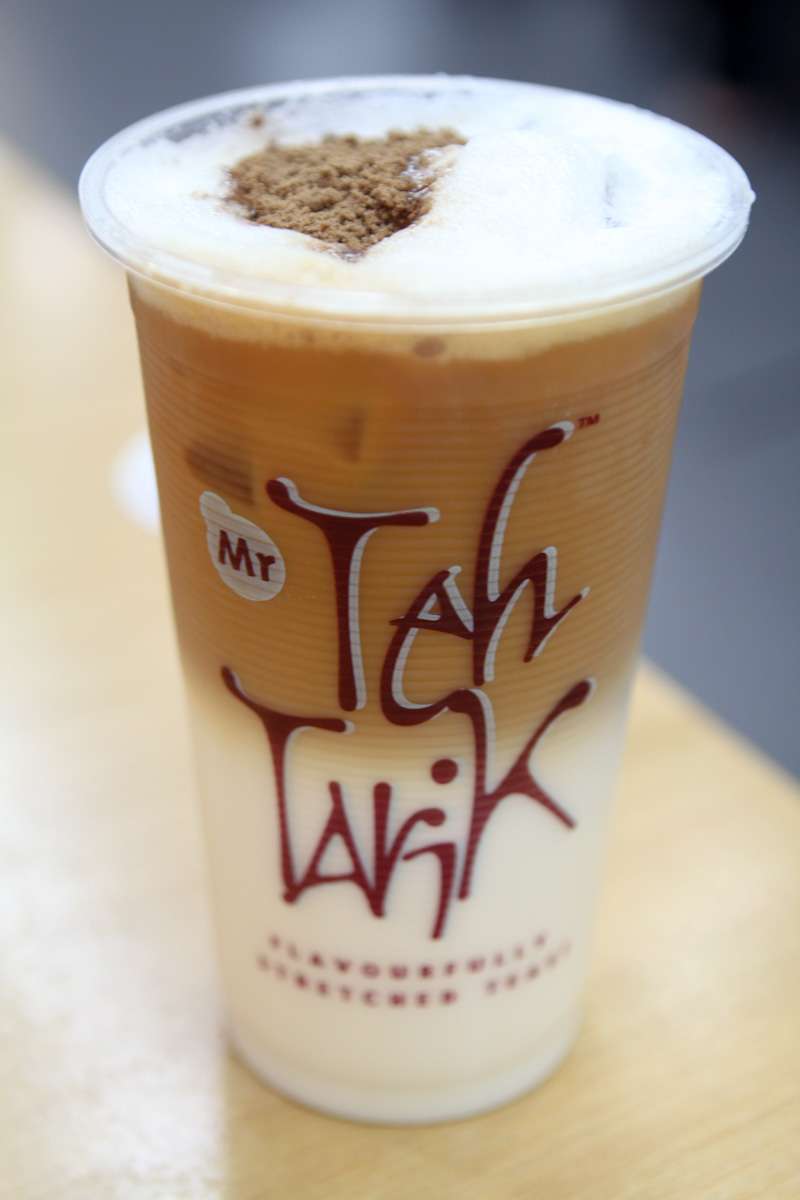 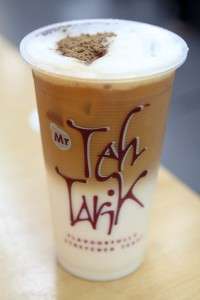 Just ask any Singaporean or Malaysian what kind of tea they drink and their response would most likely be “Teh Tarik.”  Teh Tarik is perhaps the most popular and accessible tea beverage for Singaporeans and Malaysians and is the undisputed “local’s drink.”

So what is Teh Tarik?  It is a potent brew of black tea, condensed milk, and sugar, mixed together by pouring the tea numerous times, in an up-and-down motion, between two metal mugs. The pulling of the tea is said not only to help in cooling the tea down, but also in allowing the concoction to be sufficiently mixed.  It also helps to give Teh Tarik its distinctive frothy appearance.  Watching how Teh Tarik is made is also a sight to behold since the tea-maker has to be sufficiently skilled in order to stretch the tea as long as possible without spilling it!

The humble Teh Tarik costs only about SGD $0.70 per cup and can be found in most local hawker centers in Singapore and Malaysia.  There is actually no special occasion or time at which Teh Tarik is consumed since it is consumed round the clock as a drink for breakfast, lunch, and dinner, or even for late-night suppers.  Snacks that go extremely well with the sweetened, frothy tea include fried fritters, Roti Pratas (Indian pancakes), or Peranakan kuehs (cakes).

Teh Tarik is closely associated with the mamak (Tamil Muslim) culture in Singapore and Malaysia and it is widely believed that they were the inventors of Teh Tarik.  According to one of the founders of a very famous mamak tea shop on Baghdad Street in Singapore (No Name Sarabat Stall, 21 Baghdad Street), the recipe for Teh Tarik was discovered through trial and error by Tamil Muslim laborers in Malaya, an area that included both modern-day Singapore and Malaysia prior to 1945.  They added milk to sarabat (a kind of tea obtained from tea powder sold by the Chinese in the past) and Teh Tarik was born.

Fans at the the Baghdad Street teahouse are also treated to another house speciality – Teh Halia, which is essentially Teh Tarik with a dose of ginger.  The store is open until 2:00 AM every day and it is usually packed even past midnight.  For those who are interested in trying authentic Teh Tarik, that’s the place to go!  This humble nameless teahouse is both a historical and cultural icon in Singapore, having been around since 1956.

Another good place to try this sweetened tea in Singapore is the Mr Teh Tarik Cartel.  Founded by Mr. Karry Mock with its first outlet at Far East Square, the business grew and very soon, Mr. Mock’s tea empire ballooned to today’s 11 franchise outlets in Singapore.  Mr Teh Tarik Cartel is famous for its Teh Ping (iced milk tea), which is sweet and very “gao” (thick, undiluted), and also for its wide array of local tea and coffee concoctions.

Edwin Yeo is a random Singaporean who recently discovered an interest in tea. In particular, the diverse tea cultures and tea-making techniques around the world are highly appealing to him. He is keen in exploring the lesser-known aspects of tea cultures and hopes to have some new adventures during his tea journey. 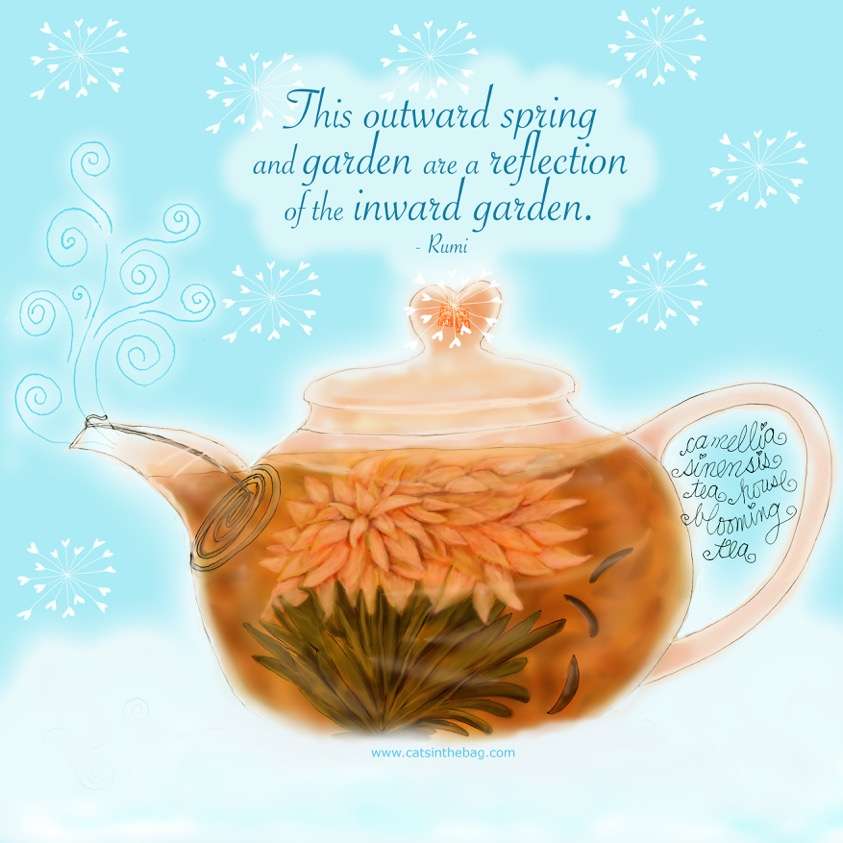 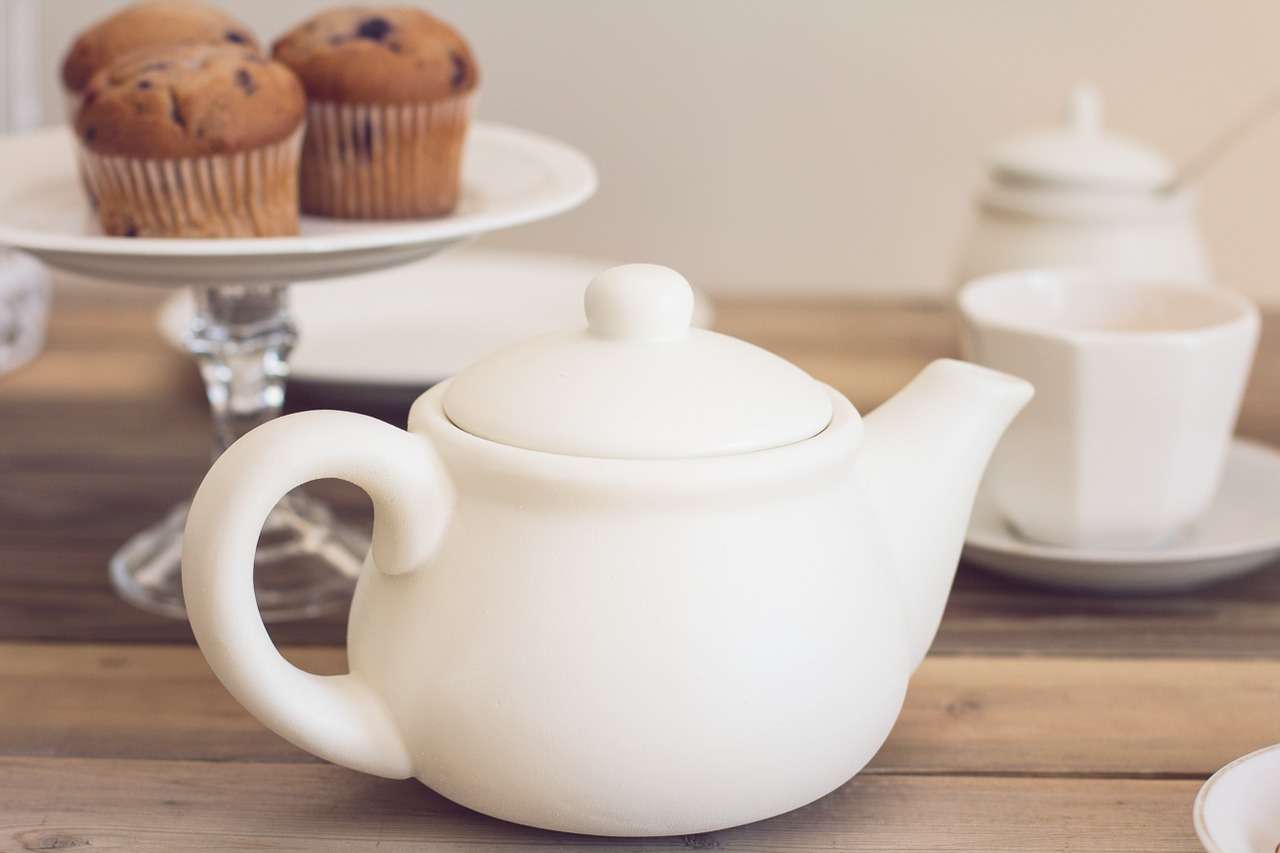 Time for a tea adventure!