The samovar story: Part 1 of 2 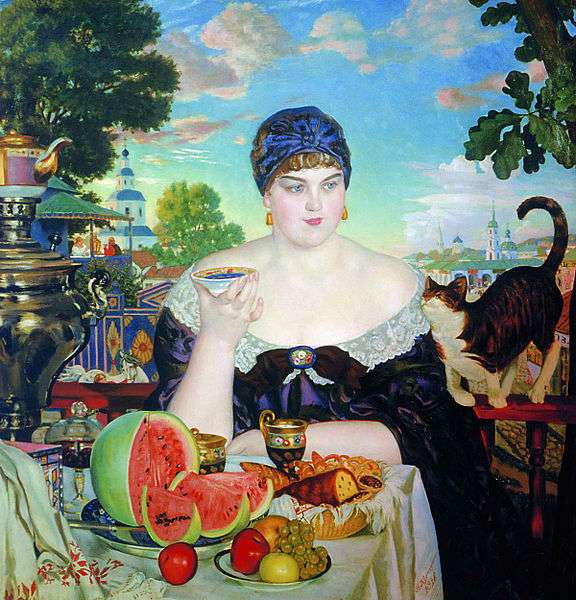 Russian Poet Boris Sadovsky once said about the great Russian samovar, “being a purely Russian phenomenon, it is beyond the understanding of foreigners.” This perhaps helps explain why the samovar story is shrouded in mystery. This quote may also resonate with foreign readers of Russian literature who will have undoubtedly been perplexed and bewildered when they have stumbled upon this tea-making equipment in the everyday lives of their favorite Russian characters, as in the heated philosophical debates that took place between Bazarov and others in Ivan Turgenev’s Fathers and Sons. This post pays homage to this unique tea-making device by shedding light on its origins and its current place in modern society. 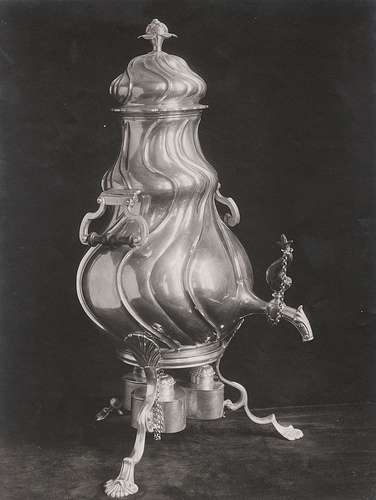 The samovar is, quite simply, a metal container used for heating water and making tea. The word “samovar” can be literally translated as “self-boiler,” being derived from two Russian words – “sam” meaning “itself” and “varit” meaning “to boil.”

The origin of the samovar is, however, slightly more complicated. From the Russian standpoint, a few versions have emerged. One account states that samovars were first built in Tula (a town about 110 miles from Moscow) by the Lisitsyn brothers in 1778. Another account states that Peter the Great carried the first samovar to Russia from Holland.

However, whether the samovar is truly a Russian invention or not does not seem to bother the Russians since they have readily embraced the creation in their daily lives and incorporated it into their national identity. It is not a stretch to say that it was the Russians who made samovars Russian.

Leading this charge was the great Russian Poet Alexander Pushkin, whose writings were among the first to establish the ritual of chaepitie in the Russian national consciousness. Other literary giants followed suit, and soon samovars started appearing in almost every Russian novel.

The Russian public, in turn, were highly receptive to the samovar “invasion,” incorporating the samovar and its use into their day-to-day conversational vocabulary. “Puffing like a samovar” is used to describe someone slightly out of breath and calling someone a “little samovar” means that he or she is always getting heated over something.

But what is so unique and different about the famed samovar tea?

One is its preparation, which involves brewing a concentrated tea solution, zavarka, in a teapot, to be placed on top of the samovar. Each cup then consists of about one quarter to one third of this concentrate, diluted with hot water from the samovar itself. Tea made using a samovar tastes stronger and more potent than tea made using conventional methods – robust enough to jolt you to your senses!

Second is the experience. Samovar tea sessions are synonymous with warmth and coziness. This is especially so when people crowd around the piping samovar during the cold and harsh Russian winter days.

Samovars warm people’s hearts and open up their souls. These are the times when most of Russia’s literary heroes spar with their wits and people engage in serious conversation. Such an experience is similar to that of the Japanese or Chinese tea-drinking culture, involving not just tea drinking, but socializing elements as well. Through samovar sessions, friendships, camaraderie, and strong family ties are born. Hence, the samovar goes way beyond just tea appreciation. It plays an important role in fostering community and conversation by providing a long-lasting supply of warmth and caffeine.

Samovar tea drinking is part and parcel of Russian life and key to understanding the quintessential Russian soul. I recall my experience when I was in the parks in St. Petersburg during the Maslenitsa celebrations. Despite being sufficiently equipped with a thick jacket and a woolly shapka (the Russian fur hat you always see in those cold war spy thrillers), I found the harsh cold Russian winds still unbearable. But just when I was ready to call it a day, the sight of samovar steam puffing away at a distance was akin to finding an oasis in the desert! At that instant, I could understand why samovars are highly prized in Russia. A cup of simple chai next to the warm samovar in winter time was priceless, just like an old Russian saying, “where there is tea, there is paradise.”

“Once upon a time in Russia there really was a carefree, youthful generation that smiled in joy at the summer, the sea and the sun and chose Pepsi.” This is the opening line of Victor Pelevin’s (the literary zeitgeist of Russia in the post-Soviet era) famous novel Generation P. While this should not be understood in the literal sense that Russians are choosing Pepsi over tea, there are signs that point in that direction.

Samovars are increasingly regarded as mere artifacts that belong in a museum, relegated to the dustbins of history. Russian urbanites also seem ready to exchange their slow, but aromatic cups of samovar tea for the convenience associated with instant tea bags. My hozaika (landlord) was guilty of that. He piled heaps of sugar into his chai made from tea bags, to which I exclaimed with horror, “Eto nye chai, eto sladki voda!” (this is not tea, it is sugar water!).

Russia has made great contributions in terms of promoting a global tea appreciation culture. It would really be a waste and a pity if the great samovar journey ends here, in Russia. The great samovar tea culture is especially significant to Russia as it experiences its post-Soviet hangover. A good cup of samovar-brewed chai helps jolt the senses and will facilitate Russia’s march towards a bright future ahead.

As the famous French Food Critic Brillat-Savarin once said, “Tell me what you eat, and I shall tell you what you are.” I believe this can be similarly applied to what you drink, and, in particular, tea. A fine cup of samovar tea rewards one’s patience with both a delightful taste and a warm, cozy, communal tea experience, one which is impossible to get from an instant tea bag. This is something that the Russians have created that the world has greatly benefited from and the Russians themselves should be very proud of.

This post was originally published as an article in the Spring 2012 Edition of 103rd Meridian East Magazine (Volume 13), pp.43-54.

Edwin Yeo is a random Singaporean who recently discovered an interest in tea. In particular, the diverse tea cultures and tea-making techniques around the world are highly appealing to him. He is keen in exploring the lesser-known aspects of tea cultures and hopes to have some new adventures during his tea journey.