Elephants, crocodiles, and deer, oh, my! 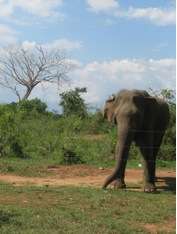 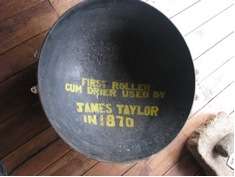 The island nation of Sri Lanka is perhaps better known to tea lovers as Ceylon. Before the rust blight of 1869, Ceylon was known for its coffee plantations. Commercial tea production had only just begun. The decimated coffee estates made the perfect foundation for propagating tea and before long Sri Lanka was producing large amounts of tea that made its way across the globe. In 1867, James Taylor pioneered tea development and production there, with the first tea being sold in 1872. The Ceylon Tea Museum in Hatane displays many of Taylor’s original tea-making implements. Thomas Lipton also first made his tea base there and we all know how that story turned out. 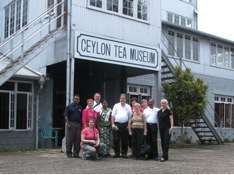 In those early days, the natural environment, still one of Sri Lanka’s sources of pride, was even denser and expeditions through the jungles to find suitable planting areas or make surveys for future roads were activities for only the brave as well as industrious. Though there is a nice system of roads through most of the country now, there are still a number of places where one can be “a little closer to nature.” 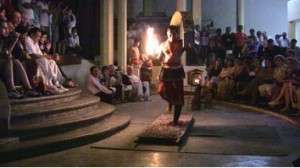 On a recent World Tea Tours’ Tea Tour of India, we first enjoyed a visit to the “Resplendent Isle” to learn about her teas, but also to experience both the human and natural culture. The bustling city of Colombo is as restless as any other major city. Our hotel, Mt. Lavinia, was a pleasant hour’s drive down the coast and overlooked the magnificent Indian Ocean. Its own private beach was the setting for some fun in the surf as well as a meal of freshly caught and prepared seafood. In the days that followed, we visited the tea gardens of Kandy (Sri Lanka’s ancient capital) and Nuwara Eliya, tasting dozens of wonderful teas. We visited cultural heritage sites, had a spice massage, saw sapphires refined, gorged on succulent pineapple, and saw a colorful performance of native song and dance, including fire walkers / eaters. But perhaps the most special experience was visiting the Uda Walawe Nature Reserve.

An open-topped Jeep safari is the only way to really enjoy the beauty of this wildlife sanctuary. It is famous for elephants, leopards, crocodiles, deer, and dozens of species of birds. An all-day affair, our guided trek brought us up close and personal with many of the park’s residents. At one point, we held our breath (out of excitement and perhaps a little fear) when a large female elephant approached our vehicle in a show of authority. As she trumpeted a number of times that we were “trespassing on her property,” we held still and silent until she felt we had been sufficiently admonished. Of course, I failed to record the encounter on my video camera (user error), but I do have several witnesses. 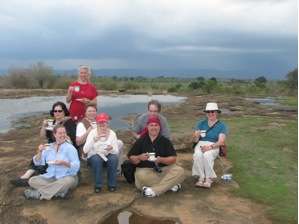 With the sun high in the noon sky, we stopped to stretch as well as enjoy our picnic lunch. The spot for our meal was none other than the watering pool, where the animals come to quench their thirst. Fittingly, we did so too, but with freshly made tea along with finger sandwiches, fruit, and pastries. Tea on the Savannah. Life just couldn’t get any better. Even our experienced guide, Mithra, had never before seen such a thing. “You really love tea,” I think I remember him saying. The smiles on our faces confirmed his remark.

This October, World Tea Tours will again visit Sri Lanka on the Tea Tour of India 2012. Again we will visit a number of verdant tea estates in the main tea-growing areas, pick and make our own teas, taste dozens of fabulous teas, and experience the vibrant and rich culture and many other sights. I wonder if we’ll have a reunion with that same elephant and if she will remember her old visitors. Perhaps we’ll make some new “wild friends.” How about crumpets with a crocodile this time, or maybe petits fours with a flamingo? 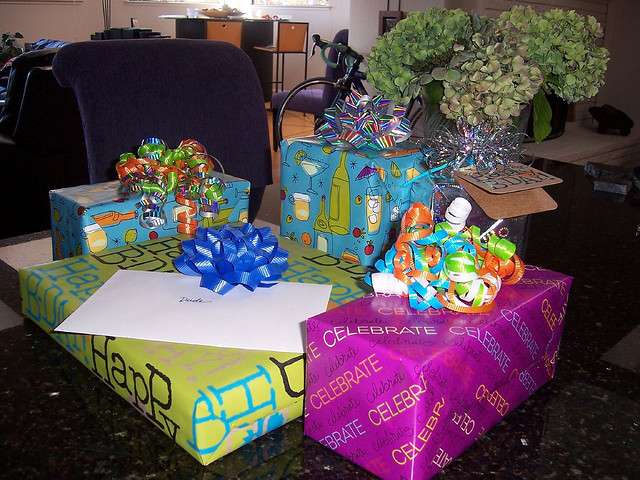 Tips for finding the best tea in a recession