When I met up with my friend, Gabi, who is originally from Slovakia, a few weeks ago, she brought two teas for me to try.  We had lunch at a Thai restaurant, so I was not able to steep the tea bags right away.  Gabi provided a succinct introduction to the teas and reminisced about her life back home, which further enhanced my desire to visit Central and Eastern Europe in the near future.

One of the teas Gabi brought was BIOMILA’s linden tea.  The linden tree – also known as limewood or basswood, but with no relation to the citrus fruit lime – is Slovakia’s national tree.  I was especially looking forward to drinking this tea, since I had not had tea prepared with flowers picked from large deciduous trees.  Gabi’s family uses just the flowers for their homemade tea, but some websites suggest the inclusion of the leaves as well.  The second tea was MEGAFYT’s black elder bloom tea, whose main ingredient is Sambuci flos – flowers from the small shrub elder, or elderberry.

Gabi recommended that I steep both teas together in a cup and drink the mixture, as this preparation is quite popular in Slovakia.  According to Gabi, under the Communist regime, these herbal teas were deemed purely medicinal and could only be purchased at pharmacies to treat ailments, such as the common cold; for social occasions, people drank black teas from China, India, and Russia.  After the Communist rule ended, these teas started appearing in general stores and people would drink them daily.  Both BIOMILA’s and MEGAFTY’s websites specify these teas’ medicinal uses and health benefits, linden tea being a remedy for fever and elder tea being a treatment for inflammation of the oral cavity.  Visitors can even search MEGAFTY’s products by selecting a symptom or an illness from a dropdown list.  In history, politics has always influenced the tea trade.  I had not thought about how tea drinking habits in everyday life can drastically change with changes in a political system until Gabi mentioned it in her discussion.

Chai – some attempts at art and a few almonds 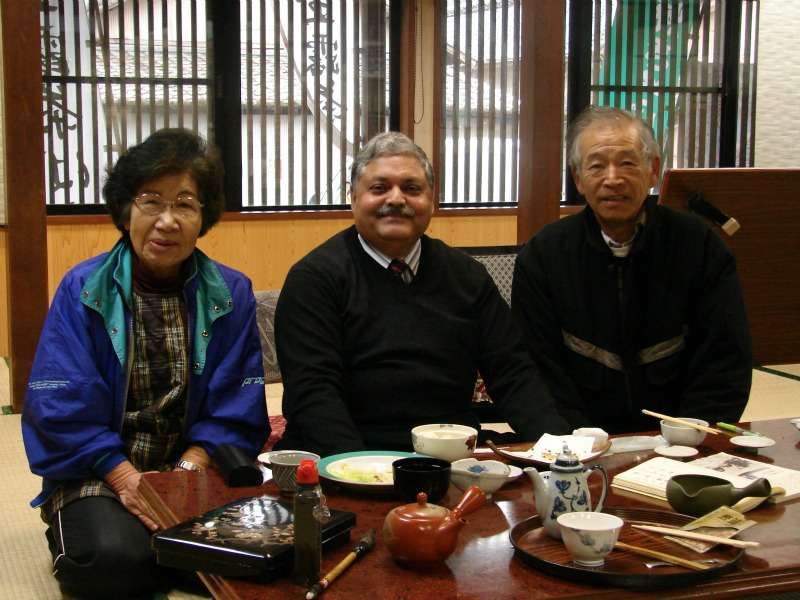