The 2011 World Tea East just concluded this afternoon in Philadelphia, Pennsylvania. This was the first East Coast tea show since 2007, and the first ever to take place in addition to the World Tea Expo in Las Vegas. It was a great three days (including the World Origins Tasting Tour), and I wanted to share a few thoughts before I head out of town.

Thanks again to all my tea friends. It was a great weekend. 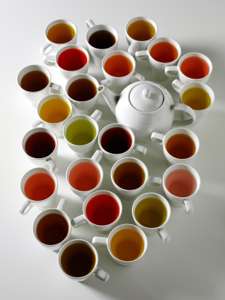 How to succeed in tea