As the China Tea Tour group prepares to set sail in a few weeks, I’m reminded of other explorers who traveled to foreign lands.  There is a famous Chinese epic about an unlikely group of characters who band together in their quest to bring the enlightenment of the Buddhist scriptures from their far-away origin in India back to their homeland.  Led by a virtuous monk, the other members of the troupe – supernatural beings who are hoping for redemption for bad deeds – undergo hardships, tests, and adventures along their fantastic journey.  They succeed in their goal and become like brothers in the process.

The ancient port of Quanzhou was one of China’s most vital launching points for early exploration and trade.  As early as 3,000 years ago, the local people had developed shipbuilding skills and, by 500 AD, they were sailing to all the neighboring Southeastern countries.  It came to be called the “Maritime Silk Road” due to its importance in trade.  Like the northern, overland Silk Road, it became an important route along which tea and teaware, among other treasures, were carried far from China’s shores.  Among several explorers, Zheng He (circa 1400 AD) led trade expeditions all over Southeast Asia – to India, the Middle East, and beyond.  Who could really have predicted the far-reaching impact of spreading tea to these places?

Was it in part due to these original voyages that tea has become so essential to the lives of so many?  Of course, there have been subsequent cultures that have played their part in spreading the use and popularity of tea.  Now, the tide turns once again and it is a band of modern travelers, venturing far from home on a quest for the enlightenment of tea.  Follow their adventure on the Facebook page for World Tea Tours.

Two Men in a Sandbox 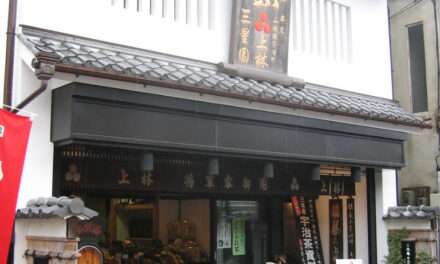