There has been quite a bit of controversy over milk oolongs, mainly in regard to whether the milky fragrance and flavor are natural or enhanced.  Actually, both are true.

An interesting story exists that attempts to explain the milky fragrance and flavor.  According to legend, this oolong’s milkiness is the result of a sudden change in temperature during harvest time that occurs very infrequently.  The first time this temperature shift occurred was hundreds of years ago at a time when the moon fell in love with a comet as it was passing through the night sky.  The comet passed by and then burned out and disappeared.  The moon, in her sorrow, caused a great wind to blow through the valleys and hills, creating a sudden drop in temperature.  The following morning, the tea harvesters went out to collect the fresh leaves and when the tea was processed, to their surprise, it had developed a unique milky characteristic, which they attributed to the motherly nature of the moon.

“Milk oolong” is, of course, just a name.  In fact, this tea is usually referred to as Jin Xuan oolong (No. 27), which was discovered in 1981 by the Taiwan Tea Research and Extension Station (TRES).  TRES was experimenting with new tea varietals and apparently asked a local farmer to plant Jin Xuan oolong tea on his farm.  The farmer was curious, so he planted it and eventually shared this tea with his neighbors.  It was an immediate success.  Everyone wanted to know the name of this fantastic tea.  Since the farmer had no idea, he went back to TRES and noticed a sign that read “2027.”  He therefore named the new tea “No. 27.”  Jin Xuan has since become one of the four main tea varietals used for oolong tea.

Naturally grown and processed, Jin Xuan does have a subtle milk fragrance, which can sometimes be further naturally enhanced by a slightly longer period of oxidation and / or a light roasting.  Although the temperature does affect the milky characteristic somewhat, as the above legend brings out, the main factors affecting the milky characteristic are the growing conditions and the processing.  Generally speaking, Jin Xuan tea that is grown in the higher-elevation regions will have a more distinct milky fragrance.  With Jin Xuan grown at lower levels, the milky characteristic is more subtle and harder to detect.

For many of Taiwan’s high mountain tea farmers, it is more financially lucrative to use the Ching Xin varietal rather than Jin Xuan for producing premium-quality goashan cha.  For this reason, naturally grown and harvested, high-quality Jin Xuan is not as common.  The more popular, high mountain teas nowadays are greener, lightly oxidized teas.  However, some tea gardens, especially in the Alishan mountain area, do continue to produce high-quality Jin Xuan oolong, which has a delightful, natural milky fragrance.

Milk oolongs from China, mostly from the Fujian or Wuyi mountain regions, are usually either Jin Xuan tea plants originally brought in from Taiwan and grown naturally in the higher-elevation regions, or blended or flavor-enhanced teas.  In the commercial tea business world, they could simply be teas that someone decided to advertise as milk oolongs that are neither of these.

Blended, flavored, or scented milk oolongs can be produced by taking Jin Xuan oolong (or sometimes even another varietal is used) and adding a light flavoring of milk essence.  Some say it can also be done by lightly steaming the tea with milk, but I am not sure about this method.  I have heard some people refer to this as “fake” milk oolong, but as long as the tea farmers or suppliers inform their customers of this, there is not really anything fake about it.  It is simply a blended, flavored, or scented tea, of which there are many kinds available. 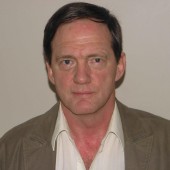 The meaning of tea?