Earlier this month, Akihiro “Akky” Kita (President, Founder, and Farmer) and Ian Chun (Overseas Marketing Agent) of Kyoto Obubu Tea Plantations presented a Japanese tea tasting at Essencha Tea House in Cincinnati. Given the growing popularity of Japanese food, sake, and tea in our region, I expected this to be a popular tasting, but was blown away by the response to this event – we had a standing-room-only crowd and a waitlist.

Obubu is a very small and fairly young tea company that was founded less than a decade ago by Akky when he realized how much he loved tea and tea farming. His zeal for his lifestyle and product is palpable when he answers the question of how and why he started this venture. Straightforward and simple, he says that he finds the flavor of these teas “so beautiful!” No further embellishment was needed, as you understood via his body language what he meant, and if you’ve ever tried the really good stuff, you understand.

Their ardor infectious as it was fun, Akky and Ian had our audience captivated with each new tea they introduced. It didn’t take long for our guests to realize that they had hit the mother lode of Japanese tea information. Anything we wanted to know about, from planting to production to preparation, we could learn about that night – what a treat! Fluent in both English and Japanese, Ian spoke most of the time and we were all incredibly impressed with his depth of knowledge, especially for having only been associated with Obubu for such a short time. Akky was animated, quirky, and enthusiastic.  It was such a treat to see how he made each tea with such grace and flair. This alone was no small feat, as he was making tea for 50 people using just a few kyuusu (small Japanese teapots).

I find Obubu’s approach to marketing its tea quite innovative and revolutionary. Each winter (the off-season), they travel to the U.S. to spread the gospel of Japanese tea, and do it with such raw passion and sincerity that you can’t help but love their amazing tea. With ever-increasing interest in the origins of our food and drink, it stands to reason that we want to learn more about who produces our tea, along with where and how it’s produced. The general public is largely unaware that there’s so much artistry that goes behind great tea, just like wine, and we in the tea industry are constantly fighting the misconception that tea is a commodity. Knowing your tea farmers and producers, you quickly learn that good tea is most certainly not a commodity, but rather a very labor intensive, often artisanal, product, much like that $150 bottle of champagne you’re saving, or that special bread or goat cheese you can only get at the farmer’s market on Saturdays.

To me, teas from around the world bring something a little extra, however – they carry a bit of their country and culture with them, offering a prime opportunity to learn about, celebrate, and share that culture. It’s like taking a little trip to Japan, China, or India, right in that teacup, and that’s partly why the Obubu visit was so special to us.

Tracy Monson is the owner and founder of Essencha Tea House & Fine Teas in Cincinnati, Ohio. After graduating with a degree in Film from the University of Colorado (Boulder), Tracy took a 2-1/2-year trip around the world, spending much of her time in tea-producing, tea-drinking cultures. A large portion of that time was spent in Japan, where she worked while studying ceramics, tea, and Japanese. Although she had always been a tea drinker, it was during this time that she began a true love affair with tea and its associated cultures, rituals, history, art, and aesthetics. After leaving Japan, Tracy decided to backtrack, taking another trip around the world, during which time she met and married her husband of 14 years. After her return to the States in the mid-90's, Tracy began a career in IT while pursuing her MBA. It was during this time that she began to explore the feasibility and viability of opening and sustaining a modern teahouse in Cincinnati. About a year and a half after graduation, she left her career and opened Essencha Tea House in March 2006. In addition to overseeing strategy at the teahouse, Tracy is the mother of three young children and spends what little free time she has outside the teahouse exercising, cooking, reading, and entertaining. 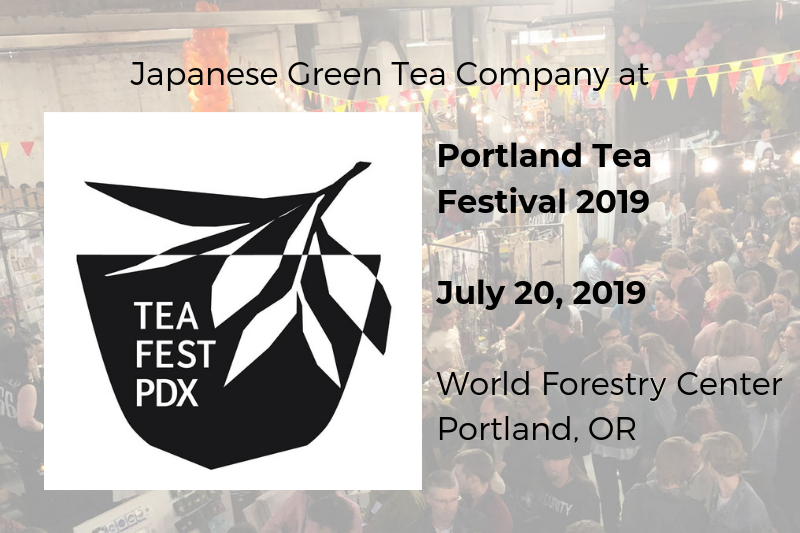 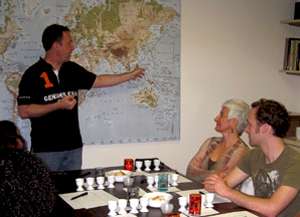 Spilling the Tea: Behind the Tea – Part 1