You’re worth my time

In past posts, I’ve mentioned Madison’s Dobra Tea House frequently.  This post focuses on the responses I received to a survey I gave to folks who work at Dobra.  Although many of the posts here at T Ching are dedicated (rightfully so) to tea itself and its many varieties, I thought it would be intriguing to look at the other side of the public tea-drinking experience – to the servers.  In an increasingly fast-paced capitalist

society, many elements must balance out in the service industry – quality cannot tip the scales too much over speed and efficiency and vice versa.  I love places like the Dobra Tea House because its space provides visitors with the experience of being present in time rather than trying to speed it along as quickly as possible.

The Dobra Tea House opened in August 2008 and, from the very beginning, it had a welcoming audience.  One of the owners, Sarah, phrased it this way: “There were many tea drinkers downtown who needed a place to sit and sip, as the local coffee shops just didn’t offer enough for a tea lover.”  She also remarked that Dobra workers strive to be attentive toward each customer, no matter how busy the place may be.  A relatively recent Dobra worker expanded on that point by explaining that Dobra cultivates “a different kind of busy” than other shops.  Part of the reason people come to Dobra is to get away from the hustle and bustle of quick lines on a caffeine fix.  David, an employee, articulated it quite poetically: “the willingness of our customers –  as compared to those solely on a caffeine fix – to wait allows us to focus on timeliness as a value equal to values like warm customer service, quality, and properly prepared tea.  We do everything as quickly as we can, but it’s not as stressful as it might be elsewhere.”

When I asked Sarah and David about their customer base, Sarah noted that she loves how diverse the customer base is – people from all different places and of all different ages.  David said that one of the most rewarding aspects of working at Dobra is when someone originally from Japan or China brings a friend in to show him/her how well tea is done there.  He also mentioned that a regular group of Arab gentlemen come in to drink Moroccan and Turkish tea, which is thrilling because when people from native tea cultures like what Dobra’s doing, clearly they are doing it right!

When I asked the servers what kinds of tea they enjoy serving to customers most, and which kinds they love drinking, the responses were understandably varied.  Sarah mentioned that it’s always enjoyable to serve new teas to customers who usually order the same kind – it’s exciting when people branch out.  Servers also like to recommend seasonal teas, such as a first-flush Darjeeling in the spring, green teas from Japan and China in the summer, and oolongs in the fall.  In addition, there are some teas that just seem better suited to a particular season.  To me, there is something about an oolong tea that matches fall perfectly.

I certainly am not against trying to serve customers as quickly as possible, but it is refreshing to find a place where people meet (on both sides of the counter) to take a breather from the constant rush instead of expecting more.  It takes time to cultivate tea, to pick it, to process it, and to ship it from various places around the world – surely we shouldn’t cheapen the experience of drinking it by failing to recognize that time is also involved in serving and drinking tea.  It literally tastes differently served in a bag in a generic plastic cup versus in loose-leaf form in a carefully crafted ceramic cup.  If you live near a Dobra Tea House (there is also one in Vermont), I certainly recommend visiting it and choosing from their lengthy selection either to sit and sip or to give as a holiday gift to someone who could use a reminder to slow down with some delicious, fresh tea. 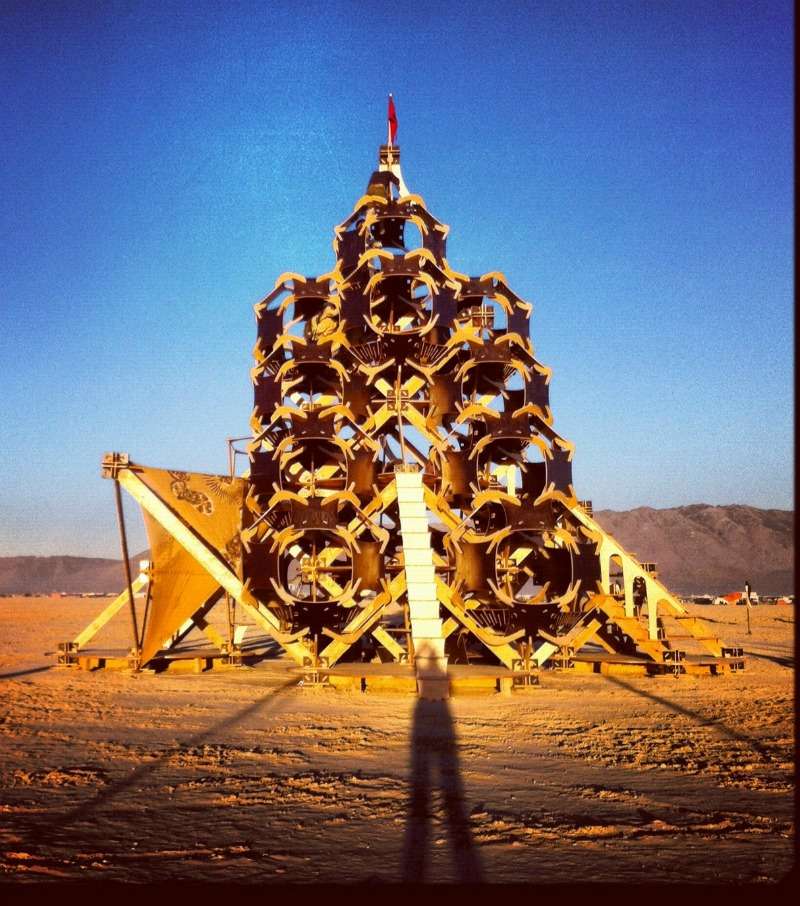 The gift of tea ceremony at Burning Man

Hop on the bus and let’s tea together

TRAVELS WITH PAUL: THE JOURNEYS OF A TEA NOVICE