The Canadian Coffee & Tea Show … and a breakthrough product

I just spent the last three weeks preparing myself for our country’s biggest expo in the hot beverage industry.  It’s a show I have been involved with for the better part of eight years.  During that time, the Canadian Coffee & Tea Show has evolved into an exciting and vibrant showcase of the latest trends in our industry.

This year’s show proved to be one of the best I have ever attended.  The anticipation was palpable – a sense that there was a major shift happening in consumer drinking habits.  The first year I attended, which I think was 2003, it felt like a get-together for the coffee roasters and espresso machine geeks of Canada – a private men’s club, so to speak, where seasoned roasters, suppliers, and machine importers got together to pick apart each other’s offerings.  There were few, if any, tea vendors sporting their wares.

The tide has certainly shifted.  The leaf has come rolling in and is now going full steam ahead.  I got the chance to slip out of my stall the last afternoon and walk the aisles of the show floor.  I didn’t count, but I did notice that at least every second or third booth was related to tea in some way.  The amount of representation the leaf now gets at our humble little show has quadrupled since the early days.  The buzz here is all about the tea business.  Other than the bohemian group of professional baristas vying for a national championship at the show, coffee appears to have taken a back seat to the innovations occurring in tea.  For someone like me, who has been immersed in the business for the past decade, I could not be more elated.

My booth was 356 – right next to where the national barista competition was taking place.  It was at the end of the long hall – opposite the entrance.  The qualified attendees had a long line of outstretched hands bearing trays of god-knows-what to pass before reaching the Teaguy booth.  By the time they did get to me, they had sampled so many liquids – hot, iced, whipped, blended, and so on – that their palates where completely abused.  How could I coax them into accepting yet another miniature cup of chai?

I was there introducing the world’s first micro-ground instant chai latte mix.  This product is so darn good, it stops people dead in their tracks.  With elation written all over their faces, those who sampled it exclaimed simply, “OMG – this is instant?”

I have talked to a lot of people about tea, I have presented numerous times at various trade shows, and I now teach a Tea Sommelier Course at Vancouver Community College.  But I have never wagged my tongue as much as I did at Booth 356 about this breakthrough product.  Tipu’s Chai was certainly the hit of the show.  Bipin Patel, the creator of this fabulous product, was in the booth with us helping explain why his bold, spicy, and completely delicious chai was so different than all the other instant chais on the market.  With too many features and benefits to list, let’s just say, that as a coffee house or tea shop owner, there is little reason why you would not want to jump all over it.

If you get the chance to sample Bipin’s incredible micro-ground instant chai, do so.  It will forever alter your perception of the term “instant chai”.

Exciting times indeed in this wonderful world of all things tea.

In defense of competition

The Tea Drinker’s Handbook: A Review 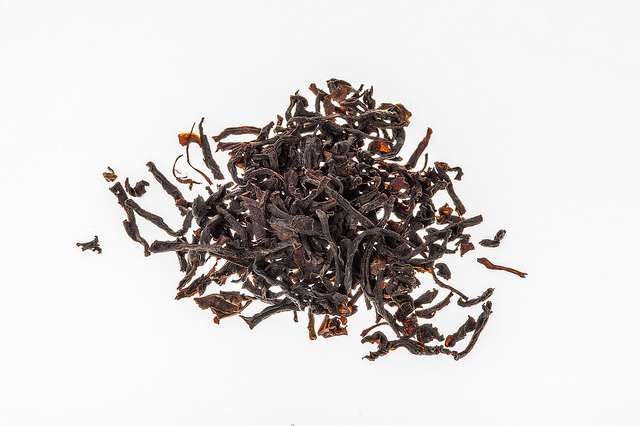