Recently, I was asked to sample some teas from T Salon, to which I readily agreed.  I had no idea what they would send me, but received three sample packs in the mail – Angora, Sunrise in Tibet, and Silence.  There was no accompanying information to inform me of the contents of the packets, or brewing instructions, so I pretty much had to wing it.

The first thing that intrigued me were the sample packs themselves (see photo).  T Salon has thoughtfully created a sample pack that allows you to see their whole-leaf tea and provides two servings of that tea in tea sacs ready to brew.  My only complaint is that no information or instructions came with my samples.

I want to start with two caveats.  First, I am not a person who enjoys blended teas.  I prefer to taste the full flavor of a tea without it being mixed with other flavors I can’t identify.  I especially don’t like to drink tea that has had flavoring sprayed onto it.  That is not a judgment of any kind, just my personal preference.  I do, however, enjoy blended herbal tisanes from time to time.  Secondly, as I have mentioned in posts here on T Ching previously, I have been cursed with an overabundance of bitter receptors on my tongue.  It is estimated that there are roughly 25% of us in the general population who possess this anomaly (we have been aptly termed Supertasters).  The reasons for this are unclear, but it is accompanied by some other common traits (for example, we crave sweets – but can’t stand artificial sweeteners, often avoid alcohol, don’t like tannin-containing beverages, and are sometimes very sensitive to spicy peppers).  Suffice it to say, whenever everyone else is swooning over a particularly expensive and delicious bottle of wine, my face is twisted into a contorted mask of horror while my mind is saying to me, “What the hell are they talking about?”  Whenever I go with friends to a beer or wine tasting, I always ask the company representative to recommend the smoothest option they offer because of my affliction.  Unfortunately, most of what they identify as the least bitter is still too bitter for me.  But I digress…

I started with the Angora sample.  It appeared to me to be a blended black tea with pieces of orange peel or some other dried fruit or herb.  Given that it was a blended black tea, I steeped it for 3 minutes.  I wasn’t able to clearly identify specific aromas or flavors, but I thought I detected some peachy or orange aroma/flavor – a mild fruity flavor.  The aroma definitely had a stronger fruitiness than the flavor.  I found it to be a pleasant flavor, though mild, with a slightly sweet undertone.  The overall flavor was enjoyable, with no need for sweetener to be added, but I can’t say that anything jumped out at me.

The next sample I tried was Silence.  This appeared to be a blended Rooibos with pieces of dried citrus peel and thin slices of what looked like almonds.  This was my favorite of the three.  The dry ingredients had a slight citrus peel aroma.  I steeped it in boiling water for 3 minutes and tasted it while allowing the pot to continue steeping for a total of 5 minutes.  The liquor had a spectacularly bright red color to it.  The 3-minute steeping was very mild with a weak flavor.  The 5-minute steep was much better.  It had a fuller and more robust flavor of the Rooibos and citrus.  The aroma of the wet leaves/needles was of a wet dish rag.

The final sample was Sunrise in Tibet.  This blend appeared to be a black tea, also with dried orange or citrus peel.  The dry aroma, however, smelled more like cake.  As with the previous two teas, I steeped this one for 3 minutes.  The wet leaves had a mild citrus and vanilla cake aroma.  The liquor was bitter tasting, with undertones of orange-flavored cake.  Due to my being a Supertaster, I asked two other people I was vacationing with to taste it as a control.  Neither one of them identified any bitter taste, so you can probably ignore that part of my commentary.  This was my least favorite of the three teas.

In summary, I enjoyed the Silence, found the Angora to be pleasant but unremarkable, and didn’t like the Sunrise in Tibet, though the aroma and flavor of cake was quite interesting.  I’m sure my lack of enjoyment of that tea was due to my anomalous taste buds, so do try it for yourself.

Some tips on tea from George Orwell’s essay, “A Nice Cup of Tea”

Pregnant tea drinkers: I was one 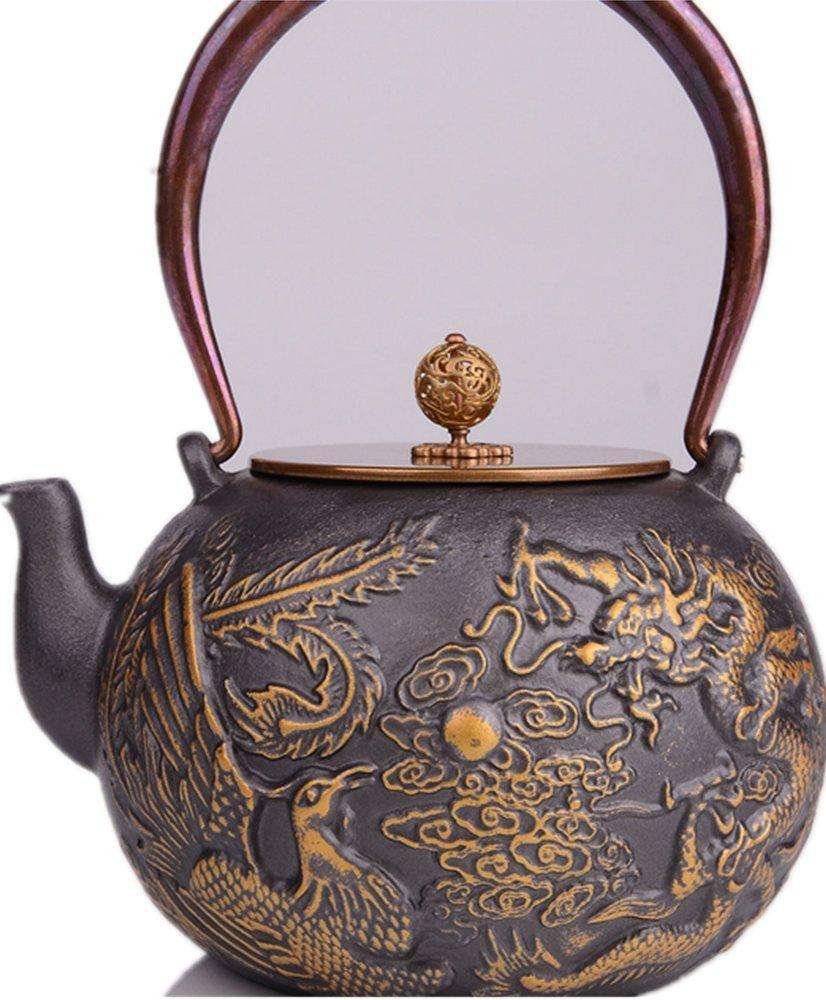