2010 will likely be an interesting year.  We seem on the verge of so many changes socially, politically, economically, and environmentally.  Will the recession of the last couple years result in a REAL change in the mentality of the U.S. consumer?  Will the economy recover quickly or will retailers continue to suffer?  Will the explosion of information on the health of tea and recent marketing efforts by giants like Lipton and Snapple drive a boom in sales for everyone or just them?  Here is what I expect for the tea business in 2010:

1. Same store sales will stabilize and rebound strongly by the end of the year. While some new retailers (and a few creative old retailers) reported huge sales increases, most saw a modest decrease in sales in 2009.  I do not expect this trend to continue.  My guess is that it’s safe to expect an increase of 15% in same store sales by the end of 2010.

2. Many tea businesses will close. Tea businesses large and small that were under-capitalized or had business models that were on the margins of profitability have been hammered by the recession and the decrease in consumer spending.  Many were holding out hope for the wave of growth in tea to carry them through to profitability.  This pull-back is only temporary, but many dreams were washed out to sea.

Tea sales hit a wall for many in November of 2008, and the drop in critical holiday gift buying took a huge bite out of the profits of many retailers.  From what I’ve heard, this holiday season wasn’t a lot better.  Many small businesses can make it through one bad season, but few can survive two.  Anyone in the tea business will do whatever it takes to hold on for the holidays during which retailers often see weekly sales in December surpass monthly sales in June and July.  Now that the season has passed, cash-strapped entrepreneurs will be counting their pennies and many will not make it through the summer.

3. Some well known mass-market brands will disappear. My sources tell me that there are a number of high-profile (in the specialty tea world at least) brands that have paid handsomely for prime shelf space in Whole Foods and other premium grocers over the past couple years.  Due to lower-than-expected sales in 2009, it’s a safe bet that several of these companies will not be able to afford the distribution contracts when they come up for renewal in 2010.

4. New tea entrepreneurs will find securing funding difficult. When I was building a tea-franchising model in 2008, the banks were asking for 50% collateral on a small business loan.  That meant an entrepreneur with $50,000 cash could get a loan for $100,000.  By the end of 2008, the collateral requirements had changed to 100%.  You can only get the loan if you already have the cash!  Because of their aversion to risk, fears of inflation, and better returns on more secure assets, banks are unlikely to begin aggressively backing small business loans the way they have over the past 20 years.

5. Chains will expand. Commercial real estate is on sale!  Big time!  New tea chains that have already shown some traction and thus are better able to secure funding – like Village Tea, Amanzi, and Argo Tea (just to name a few) – will expand.

6. Wholesalers will close or consolidate. I’ve been continually amazed by the number of small new wholesalers entering the tea business every year.  Most of these companies are far too small to source direct, and so simply play the role of middle-man between the large U.S. wholesalers and the small tea shop owners.  A lot of the success of the small wholesaler has come from building personal relationships with the ever-growing number of small independent tea businesses.  As the growth shifts from small entrepreneurs to chains, and as the surviving independent shops search for ways to improve their profit margins, I expect a number of local wholesalers to close their doors.

7. Consumers will demand better information on the contents of their tea. Lipton took the brilliant step to put the actual amount of EGCG on the label of every bottle.  Tea companies able to begin publishing caffeine and antioxidant content will have a distinct lead in a market that is fractured and full of misinformation.

8. Demand for quality standards will continue to grow. The powers that be in our government have been meeting regularly with folks from the Tea Association of the U.S. and the heads of the various agencies and committees in Europe to discuss the pros and cons of setting standards for quality, including maximum levels of contaminants from sources like pesticides and artificial fertilizers.  Extensive testing is commonplace in Europe and nearly non-existent in the U.S.  This battle has been going on behind the scenes for several years, and I expect some movement in the coming year.

9. Rampant quality uncertainty will continue. This one is a personal pet peeve of mine.  There seems to be very little correlation between the cost of a tea and its quality.  In the past months, I’ve seen a number of high-profile retailers offer incredibly deep discounts in an effort to chase a more conservative and value-conscious customer base.  This does not bode well for the general growth of tea quality.  Outlet-style businesses sometimes offer great values, but also often carry lower-quality goods!

10. The hot tea category in 2010 will be…Oolongs. To be honest, I have no idea…but I do love Oolongs.  Their variety, flavor profiles, and bold yet rarely astringent characteristics make Oolongs ideally suited for the American palate.  Most non-tea-drinkers would be well served by starting with Oolongs.  Finally, the incredible range of options make Oolong an ideal target for existing retailers to expand their collection in new and exciting ways.

So let’s raise a glass to a growing tea industry in 2010.  There will definitely be some pain as the fallout from two poor holiday seasons in a row ends what was more than two decades of rapid growth, but this pull-back is certainly temporary.  The future remains bright!

Madan Tamang and His Tea 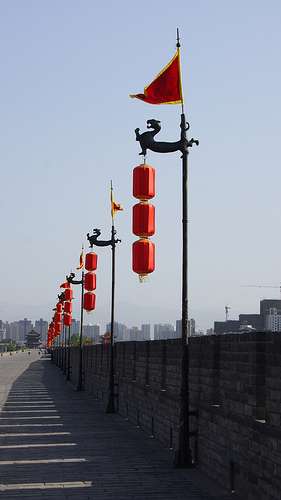