We are into a new flu season and there is currently a great deal of concern about the potential for a new, deadly flu pandemic.  Given all of the reported health benefits of tea, I thought it apropos to discuss tea’s potential role in the fight against the flu.  Along with tea, I have added another important ingredient (Vitamin D) to create a powerful natural combo for flu prevention.

There’s a lot of alarmist activity out there in reaction to the H1N1 flu virus.  People are scrambling to get a hold of the vaccine for this virus, for fear of death.  The media continues to feed this fear by propagating a lot of misinformation.

Let’s first clear something up.  The H1N1 virus is no more deadly or powerful than the regular seasonal flu.  In fact, it may be weaker.  Why then is everyone up in arms about it?  The reason is that the H1N1 has the potential to be a pandemic.  This just means that more people will get it.  If you consider the fact that the regular seasonal flu kills a certain amount of people each year (roughly 36,000 [.012%] in the U.S.), then a pandemic flu will kill that many more people.  It’s a question of numbers, not severity.

Without going into the pros and cons of getting the vaccine (for both the regular flu and H1N1), suffice it to say that there will be a certain percentage of individuals who will choose not to get the vaccine (for themselves and their kids).  So what can these individuals do, preventatively, to avoid getting the flu?  Here are two powerful suggestions, backed by research:

1. Drink green tea – We have been reporting the myriad health benefits of tea since T Ching’s inception four years ago.  Most people are familiar, at this point, with the benefits of drinking tea.  In addition to all of the other health benefits that tea provides, there is also supportive research that green tea has significant anti-viral effects in the body.  In 2007, a team of researchers, including one of our contributors – Jack Bukowsky, MD, Ph.D. – found that a proprietary, encapsulated formula containing standardized amounts of EGCG and L-Theanine, in amounts equivalent to drinking 10 cups of green tea a day, had a significant preventative effect on the common cold and flu.  The experimental group taking this formulation were found to have an increased amount of a specific type of immune cell – interferon gamma T cells.  The scientists concluded that:

More recently, a team of South Korean researchers found that the anti-viral effects of the catechins in green tea on the flu virus is not solely through its interaction with the component of the virus that binds with the target cells of their host, but also through an actual change it causes to the physical properties of the viral membrane.

One thoughtful university, William Patterson University in New Jersey, took the above findings to heart recently in their attempt to forestall a major campus-wide outbreak of the H1N1 virus.  They created several different preventative initiatives, one of which was to hand out flu-care kits to students containing the following items: a thermometer, soup, hand sanitizer, tea, and information explaining what to do if symptoms worsen.

2. Vitamin D – Whether you have been aware of the growing body of evidence of Vitamin D’s importance in our overall health or not, now is the time to consider making this vitamin a regular part of your daily regimen, and especially during flu season.  Most of us, particularly women, know the importance of Vitamin D’s role as a primary regulator of calcium in our bodies, especially for healthy bone development.  What many of you might not know is that research has elucidated the important role that Vitamin D plays in our immune systems.  Relatively recent research has shown that Vitamin D has significant anti-viral effects and does this through two important mechanisms.  The first is its ability to alter the response of macrophages to the flu virus.  Macrophages are part of the immune system’s first-response clean-up crew.  They completely surround and digest dead cells and pathogens (like a flu virus), and call more macrophages to the site as well as specific pathogen killers like lymphocytes.  If you think about viruses’ ability for rapid replication, you can imagine the amount of macrophages that wind up being summoned to combat them. This is exactly what happens, but to the point of overwhelming the body with an excessive inflammatory response, which essentially results in feeling like you are drowning in your own mucus.  Vitamin D has the ability to affect macrophages by reducing the amount of inflammatory signaling chemicals (cyto and chemokines) that call for more macrophages.

The second, and probably more important mechanism, is Vitamin D’s direct anti-viral effect.  Recent research has shown that the active metabolite of Vitamin D (1,25(OH)2D) significantly increases the expression, genetically, of antimicrobial peptides (AMP) in a variety of human cells, including cells lining the respiratory tracts.  These AMPs produce a broad-spectrum antimicrobial effect, one of which is a direct anti-viral mechanism that shuts down the influenza virus.

If you are one of those individuals who is wary of or just doesn’t like getting flu vaccines each year, and are looking for more natural alternatives, here is a one-two punch that should greatly enhance your body’s ability to ward off the seasonal flu, as well as any new variant.  If you wanted to add some additional healing herbs to this mix once you have the flu, you could consider Echinacea to boost your body’s natural immune response, Elderberry as a delicious anti-viral, and Bonset to help treat the aches and pains of flu.  There are numerous other natural remedies to use, but the above suggestions should be a good beginning to building a natural armamentarium for the flu. Keep in mind that drinking tea and taking Vitamin D both should probably be considered an important part of your regular approach to enhancing your overall health. 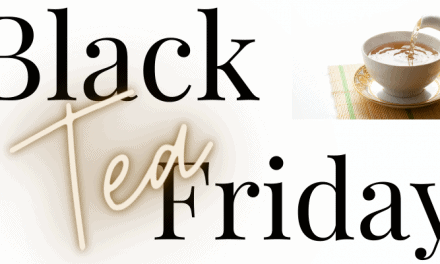 Turning our anniversary into a fundraiser