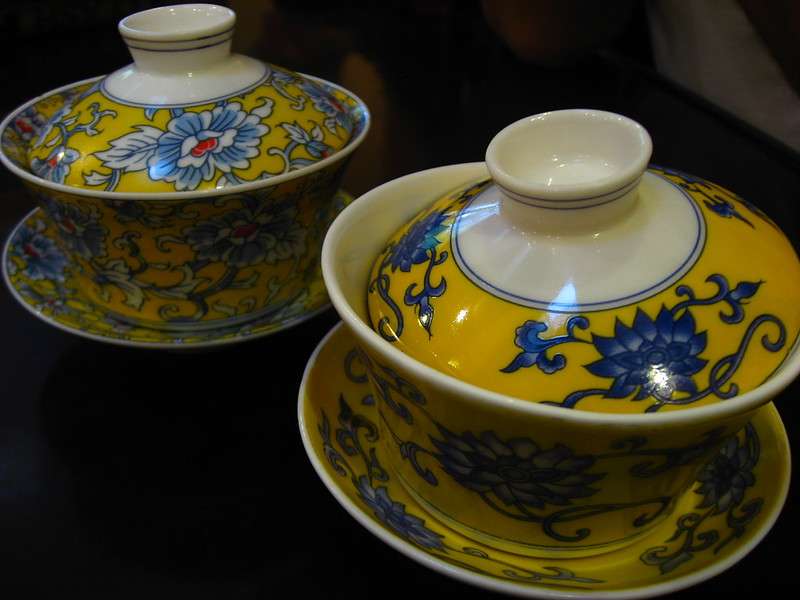 An ingenious invention that has been in use in China since the earliest days of the Ming dynasty – circa 1350 – is the simplest, most satisfying way of enjoying loose leaf tea.  It is decidedly the best way to get the most enjoyment from green teas, for which it was originally developed, though it lends itself to making others also.

I speak of the covered cup called a guywan in Mandarin or chazhong in Cantonese.  It is a brewing vessel and drinking cup in one which consists of saucer, bowl, and lid that function together.  Guywans are hard to find in the U.S. but it’s hard to imagine doing without it once you finally acquire one.  The guywan is another of those Chinese inventions like paper and printing and china itself – the simplest way of preparing and enjoying tea all day and night long.  Use a guywan a time or two and you feel as though you’ve been handling one all your life.

In brief, you simply put a pinch of tea leaf in the cup, pour on the water, and watch the leaves steep.  The lid is used to stir the tea, to serve as filter holding back the leaves when you sip, and to cover the cup and keep the liquor warm.  You keep sipping and adding water for as long as the leaves will yield flavor.  Now that you have the idea, you can appreciate refinements of these steps.

Enough tea for a single cup is heaped in the bottom where it may be seen to best advantage against the whiteness of the porcelain.  (The appearance of the tea leaf before, during and after steeping is highly important to the Chinese.)  Water is not poured directly onto the leaf, but onto one side of the guywan, producing a swirl in the cup.  The leaves swirl and gradually become saturated and sink to form a floating forest in the bottom of your cup.  You unhurriedly watch this ballet of the leaf as its dissolving juices color the water until after a minute or less you deem it time for a first exploratory sip, sometimes without waiting for all the leaf to sink.

Photo “gaiwan” is copyright under Creative Commons Attribution 2.0 Generic License to the photographer “snickclunk” and is being posted unaltered (source)

The efficiency of tea 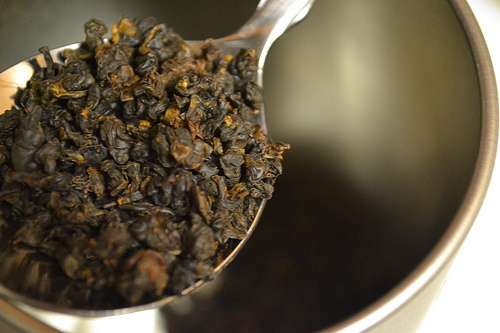