La Tea Da – Steeping out at The Ritz-Carlton

What is it about an invitation to Afternoon Tea that makes you go All Girlie?  This Spring when my friend and ex-coworker, LindaK, invited me to Afternoon Tea at The Ritz-Carlton in Marina Del Rey, my first thought was: OH, WHATEVER SHALL I WEAR? And my second thought was: LindaK really likes me that much? OH RIGHT: T Ching!!!  AT LAST my cachet as an Official Tea Blogger had gotten me something tangible and, better yet, I would have something truly tea-worthy to share, like all the other grownups.

Ever since the joys of Premature Unrequested Retirement (PUR©) left me hanging at home most days, I find myself nostalgically wearing my way through my massive over-sized t-shirt collection.  From UCLA to The Statue of Liberty, spanning thirty years, my collection represents all my major trips, events, and what-a-joke-the-No-Call-List-is charities.  It even includes rare must-have gems like the “Blue Sky Ranger” shirt I got writing video games for Mattel Electronics.  !!ATTENTION COLLECTORS ON EBAY: order NOW and get a free bottle of stain remover included!! So, if you’ve ever wondered WHO wears those “free” pledge-drive t-shirts, now you know.  They are comfy, “drape” well, and, if you’re five-feet tall like me, while you’re lounging at home, you don’t even technically need pants – unless your UPS Delivery Man is as sarcastic as mine.  Word to the wise: they take their uniform shorts very seriously.

But, wait, despite their misleading initial letter, “T”-shirts are not “tea-topics”, so let me get back on track or LindaK will feel cheated…  Being a grownup is HARD.

So, clearly, Afternoon Tea at a Hoity Toity Hotel was an opportunity to eschew my ubiquitous t-shirts – see, I’m already talking like a grownup – and shamelessly celebrate my Timeless Collection of Laura Ashley Full-Length Floral Dresses (with matching tea service).  So timeless that I wore one of them to a Huntington Gardens tea almost twenty years ago and it still fits; nothing quite says “timeless” like an empire waist and a generous cut.  But as I dug through my closet, I realized I also needed to accessorize: scarves, purses, jewelry, and – OMG: SHOES SHOES SHOES!!!!! LindaK would NOT regret this invitation.

On the day of the tea, it took me three sweaty hours to complete my high-class couture, and I was running a tad past fashionably late, but my southern-born mom would kill me if she heard I’d arrived empty-handed, so I grabbed a bunch of roses from my garden and took off towards tea heaven, determined to note EVERY delightful detail.

SECOND GREAT DEPRESSION MY A**

I arrived at The Ritz – that’s what all us guests call it – my ’99 Red Volvo Station Wagon (with “Republicans for Voldemort” bumpersticker) was quickly whisked away by the parking valet even before the fleet of Mercedesesss (how DO you pluralize that name?) waiting ahead of me.  Already I felt pampered and special.  The lobby was large and plush and my Laura Ashley coordinated beautifully with the wallpaper.  Sashaying through with my mayonnaise jar of flowers, seasonally savvy straw purse and the coolest pink jelly shoes this side of Wal-Mart, I Had Arrived.  With a devotion befitting my entrance, the concierge couldn’t help me fast enough.  He almost tripped over the carpet design to ask me if I knew where I was going.  Dressing well in SoCal is SO important.

As I found my placecard at the table, I could see that almost everyone was there and already steeping up a storm.  For the record – and I know SOME of you are keeping stats – for once I was NOT last.  There was still one person missing and she showed up right after me with some lame excuse, like there was a fireball on the freeway, or something.  Yeah, right – NOBODY takes the 405 at lunchtime.

All of the guests were a bunch of us ladies from The Bank That Will Not Be Named – but NOT The Bank Formerly Known As CountryWide – just in case you are a corporate lawyer fishing for lawsuit targets like that ACCIDENTES dude who leers at me from the back of buses on PCH.  Some of us had been laid off over a year ago, before it was trendy, but others were just now facing their slippettes de pinkage.  I could go on and on, but for now, that’s all my lawyers will let me say.

After I got rid of my Graciously Presented Flowers and sat down, our server brought me champagne and I ordered my tea and prepared to take notes. All the ladies were dressed very nicely, but I noticed a distinct lack of florals and I strongly suspected that they had all missed the boat in the Vintage Clothing Department.  And where were their champagne flutes? They must have finished them already. So, as my tea steeped, I daintily extended my pinky and drained my flute.  Everyone was already conversatifying like crazy, so I had some catching up to do.  I ordered another champagne and listened around, sipping faster and trying to decide which conversation to join.  Notes could come later.

“…did you know that Joe had an affair with Marlene?  I whipped my head around.  THIS was juicy gossip.  “Oh, yeah – and she wasn’t the only one!”

“WHO’S Joe and Marlene?”, I asked breathlessly, almost toppling my tea.  Being at home, you miss out on Office Gossip.

WHAT?  Were these ladies discussing politics and history at a TEA PARTY?  Did they not come here for fun and gossip, in the true spirit of Afternoon Tea?!  Is this what happens when you brew your tea Double Strength…?  Better take my tea bag out now!

But, wait:  wasn’t it JOHN Kennedy who had the affair?  But that was with Marilyn Monroe, wasn’t it?!  WHO do I TWEET about this?!

ACTUAL SUBSTANTIVE TEA COMMENTARY FOR THE FAITHFUL FEW STILL WITH ME

Despite my lack of notes – YOU try writing stuff down with your pinky artfully extended – I can tell you that the teas, finger sandwiches, and pastries from the Ritz Royal Afternoon Tea were beautifully presented – ultra modern look, but traditional ingredients – and they all tasted WAY BETTER than what I have been served at The Tudor House in Santa Monica, which has a charming British atmosphere, but mediocre foo
d and service.  The service at The Ritz was also Super Gracious and personalized.  Since our Ultra Classy Hostess, LindaK, had given us placecards with our names – GREAT for removing the social dilemma of WHO do I sit next to and god help me if I’ve forgotten her name – our server was able to address us each by name (the last time my waitress was this familiar, it was to tell me my credit card was blocked).  But I can truly say that the only other time I had this much fun at a fancy tea was at The Huntington Rose Garden Tea Room in San Marino when I went with my mom and three-year-old daughter – thank god even decades ago the high chairs came with seat belts.

STUCK IN THE MUD

As for actual tea consumption, much to the dismay of our Host, I remained true to my Traditionalist Roots and ordered English Breakfast, rather than ordering the exotic White Ambrosia that came with coconut slivers and is described on their website as a cornucopia of tropical delights.  The tea bags were this charming pyramid shape with a tiny little leaf jauntily poking up at the end of their wire/string.  I wish I could say that it was the best tea I had ever tasted, but it was just like every English Breakfast I have ever drunk.  This probably says more about my palate than the tea, but I was too distracted by all the cute china to care.

My only complaint of the entire afternoon was that I didn’t really get to talk to LindaK much.  Way down at the end of the table, I could hear her telling some funny story about some new temp job of hers where people kept tripping over manhole covers, but I couldn’t quite hear it all.  Without the whole nitty gritty, how was I going to do her tea party justice in my blog?  She knows how much I love to share a good story. I was beginning to see The Power of The Placecard…

AFTER THE FAT LADY SANG

After I got home and realized I had no detailed notes with which to bedazzle the T Ching Tea Community, I resorted to a time-honored suck-up distractionary technique and sent LindaK a Classy Thank You Card.  In the mail.  In an envelope.  Full postage – and not one of those stingy-ass “Forever” stamps, EITHER.  And, just to twist the crumpet knife, I included some sprigs of lavender from my garden.  That should knock her socks off and keep me off her shit list when my detail-lacking blog is posted. But LindaK is a Professional.  She eats Thank You cards for lunch.  She responded immediately with a Super Cool Thank You Card for the Thank You Card that had an actual tea bag incorporated into it AND IT WAS MY FAVORITE: ENGLISH BREAKFAST – just check it out in the picture!  I don’t make this stuff up, you know.

BTW, before I conclude, did I mention how Gracious LindaK is?  I really want to make that clear. If I had made it home with notes, I could give you specific hostess examples, but maybe this post-party denouement will suffice: when I asked her if she had any pictures of the tea that I could use for this blog, she said that all she could find on her camera were a few of me with my face in my plate, surrounded by champagne flutes.  I’m sure that was when I was groping around for my camera in my purse, down on the floor – and clearly documents the moment when my notebook took a fatal dive – but we both agreed that they were really too grainy to use and I assured her I would use some of Tammy’s shots and all my best grownup words so she wouldn’t need to use her photos.

But now that I have Done My Duty and chronicled a Lovely Afternoon Tea With LindaK, I REALLY need to get together with her for real and hear the whole story of her new job and why she pushed those poor folks down the sewer…

Hiding out with her husband in the artist-strewn organic hills of Topanga, California, Jane is struggling with the "joy" of retirement. She spent 20 years developing software for aerospace, video games, stock brokers, and on-line banking, but now feels moved to write in a language that something besides machines can understand. A UCLA alumna with a mutinous daughter recently graduated from UC Berkeley, she is now trying to channel her inner healthy tea-drinking person, who has been mugged and left for dead by her coffee-swilling evil twin. Despite ominous predictions in the tea leaves, she is pretending to get her act together and has recently become the proud owner of an ISBN number! Check out her website for the details (and more), or go straight to Elide Books.

Why I love rooibos

green tea, not just for drinking 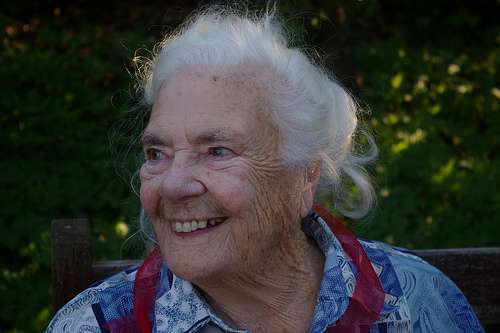 My journey with tea