Fourth in a series on the teas of Sri Lanka.

Uva – Oovah, as the old planters spelled it – is another Ceylon district with a worldwide reputation.  Uva and Nuwara Eliya teas come from gardens so steep that aerial ropeways were often constructed to haul the pluck to the factory.  Lowland tea pickers may harvest up to sixty pounds of fresh leaf per day, but their upland sisters are lucky to average half that.  Uva tea grows at three thousand to five thousand feet on the slopes opposite Dimbulla, which is to say, on the eastern side of the central massif.  These are gardens affected by the Northeast Monsoon and produce their best during the Eastern Quality Season from July through September.  Throughout this period Uva flavor benefits from the dry seasonal winds which desiccate the growing leaf.  These golden-red teas can be spectacular.  Fine Uva is stronger, more flavorful and more full-bodied than Dimbulla, and equally aromatic if less complex.  They often fetch peak prices and are frequently used in top-quality blends in Germany and Japan for the sake of their distinctive robust flavor.  St. James, Uva Highlands and Aislaby are three of the best reputed gardens, all of which are located in Uva’s Malwatte Valley.

The need for spice and warmth – fall baking and tea 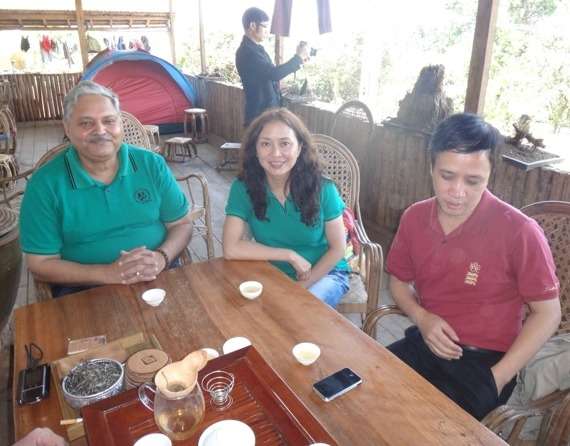