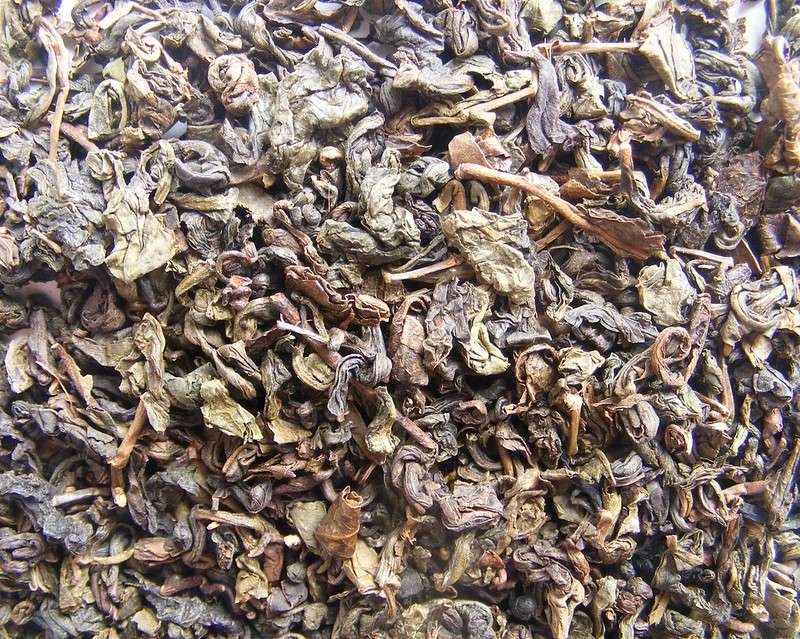 Oolong or semi-fermented tea is neither green nor black but in a class unto itself.  In discussing China oolongs I describe the process of repeatedly rolling, oxidizing, and firing the leaf until it is done.  Clearly, new-grown leaf could not withstand the rigors of oolong manufacture, which requires sturdier leaf than the tender two leaves and a bid used to make delicate green teas and black teas too.  For this reason, spring flush is not plucked when it first appears but is allowed to mature until the end of May.  From then until mid-August leaf is plucked for oolong.  This consists not of two leaves and the bud but of the entire five or six leaf shoot.  For this reason, stalk or twig is unavoidably present in Jade and Amber Oolong teas. 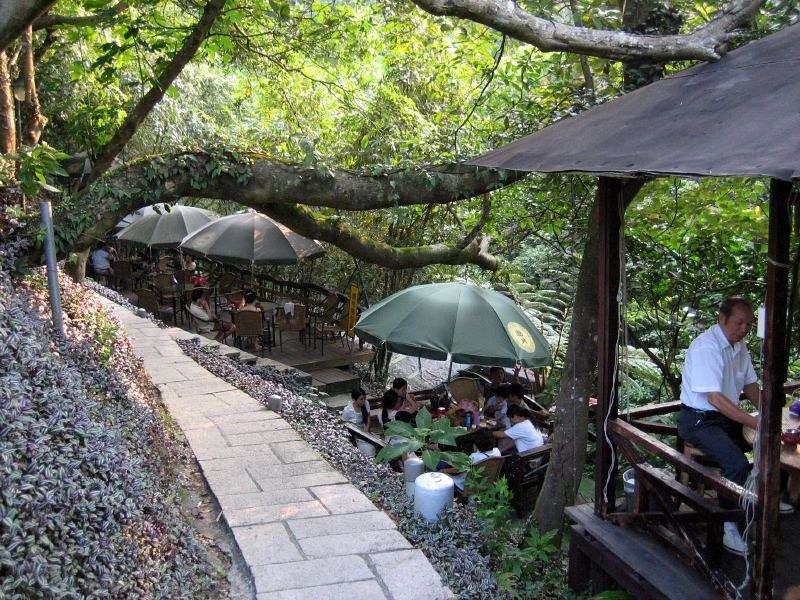 Jade Oolong leaf shows a narrow border of brown around the edges after it has been infused, an indication it is very lightly fermented.  Leaf that is less oxidized even than this is not called oolong at all in Taiwan but is sold as Pouchong, almost green tea.  Pouchong might also be thought of as the most delicate possible Jade Oolong.  The liquor of both is yellow-golden and the aroma delicate but far more pronounced than that of any green tea.  The most sparkling Jade Oolongs come from the country’s modest mountains in central Nantou County, Alishan and the highest (at only twenty-three hundred feet!), Tung Ting.  Drinking great Jade Oolong is like strolling through a forest in springtime.

Amber Oolong, which is made from the Ti Quan Yin cultivar, will yield more infusions than Jade and these will tend toward amber – not to say orange – in color.  Aroma and flavor are rich and roasty with Ti Quan Yin’s lingering sweetness.  This is not just due to the different plant but also to the greater degree of fermentation achieved.  Were such measurements possible, perhaps Jade would average 10-15 percent oxidation in contrast to 20-30 percent for Amber.

The Way Things Are Now