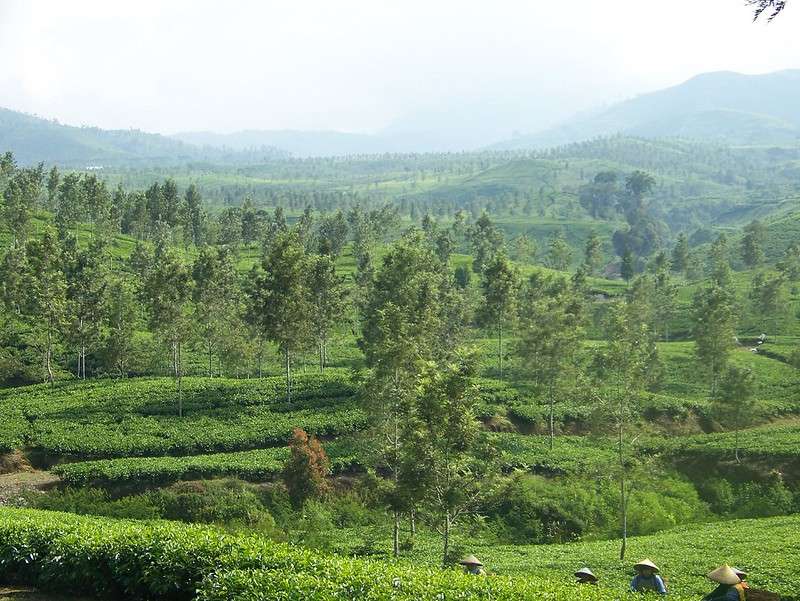 Fifteenth in a series on the teas of China.

Technically classified not as black but dark black tea, Pu-Er is China’s mystery tea.  It was already ancient when the troops of Kublai Khan spread the use of it from Yunnan throughout China.  The secret of its manufacture is as closely guarded today as it was under the Ming, when death was the penalty for even trespassing in the mountain gardens where it was produced.  In 1680 the Qing court increased the annual Tribute to 32,500 kilos and the tea took its name from the ancient market town of Pu-Er from which these yearly caravans set out.

Just how Pu-Er’s remarkable taste and properties are achieved is a state secret, yet every Chinese is familiar with it and would consider life without it unthinkable.  A likely story claims: “In the old days, when Pu-Er tea was transported by horse caravans from the production areas to the town of Pu-Er, the caravans had to travel through tropical rain forests.  The moisture in the air caused the tea leaves to ferment [turn moldy, perhaps?] and enriched its flavor.  As people liked the flavor of the naturally fermented tea, the tea producers began to introduce a fermenting process for Pu-Er.  Unlike green tea which is best when the leaves are fresh, the older the Pu-Er, the better its flavor.”  It is thought that Pu-Er is finished tea that is sprayed with an unknown bacterium and then undergoes a secondary fermentation.  This may result in a fierce barnyard-like taste and smell, or a marvelously rich and mellow tea, the best of which is aged for decades before use. 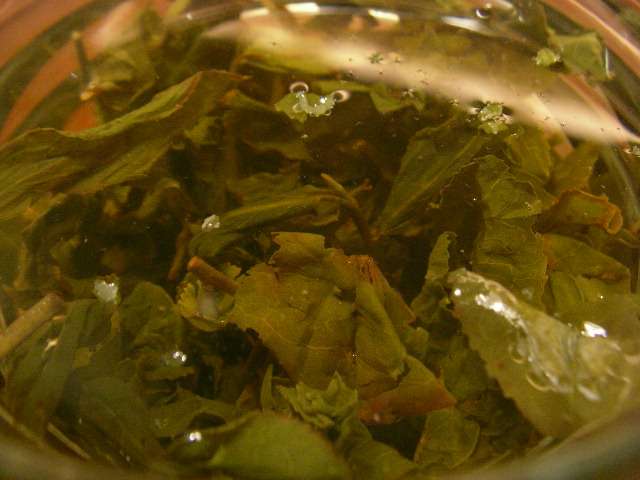 Because the base for Pu-Er may be green tea or black, and it can be made in loose leaf or cake form, it must be considered a separate type or category of tea, with tastes and aromas ranging from earthy to elegant.

The first Pu-Er tea ever exported–or even seen–outside China were the four cakes the Emperor of China dispatched as a gift to the King of England in 1806.  The royal reaction is not recorded, alas.  The U.S. Tea Examiners made a particular point of preventing Pu-Er’s entry because it could be described as musty–the characteristic its manufacturers had labored diligently to achieve!  Pu-Er still remains unknown to most of the non-Chinese world, despite the recent interest modern science has taken in investigating its health benefits.  In China it has been customarily drunk with meals or after meals as a digestif known to eliminate cholesterol.  (Tuocha, a green Pu-Er, has been shown in clinical tests to cleanse the arteries of plaque quite as effectively as the leading modern drugs and for this reason one-fourth of all the tea drunk in France, where tea consumption is not high, is now Tuocha!)  In Cantonese Pu-Er is called Bo Lay, it can be useful to know. 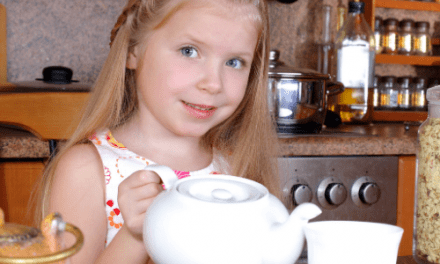