Continued from The Assam Company – Part 1

Alas, the Assam Company was in no position to buy, being already insolvent. Less than two years after the Honorable Company had informed the world India’s tea industry was an established success, Assam Company shares bought at twenty pounds were being hawked on the market at half a crown. A scapegoat had to be found and Charles Bruce was sacked. He left the Company the same way he’d entered it, calling the directors fools for not propagating Assam’s indigenous tea plant. He was right.

In 1852, a year after Robert Fortune’s return from China, the Assam Company finally declared its first earned dividend, 2.5 percent, largely a result of the sale of Fortune’s seeds. In 1853, Charles Bruce’s old job was taken over by one George Williamson, who set the Assam Company on the high road to success, and is remembered as the greatest figure int he development of of the Assam tea industry. By his day, most other problems had been set right. Williamson saw that Bruce had been right about the Assam plant all along and quickly recognized the advantage, as he put it, “in having no China plant, the inferior yielding of which in respect to quantity is now a well established fact.” His successor was later to write of the one experimental garden of China tea that thrived: “it is a matter of profound regret that this experiment did not share the fate of of its predecessors, for it proved the chief means of disseminating (via cross-pollination) the pest of Assam – the miserable China variety – all over the province.”

Gradually, George Williamson saw to it that the native Indian tea plant succeeded to its birthright in Assam. Present-day planters in almost all the tea-producing countries outside China and Japan grow this Assam variety or jat exclusively. In India itself, virtually none of the China plants Robert Fortune procured at such great risk remain in production except in the colder, higher foothills of the Himalaya in the Darjeeling district, where many now over 150 years old still flourish.

Read next: A Tea Martyr 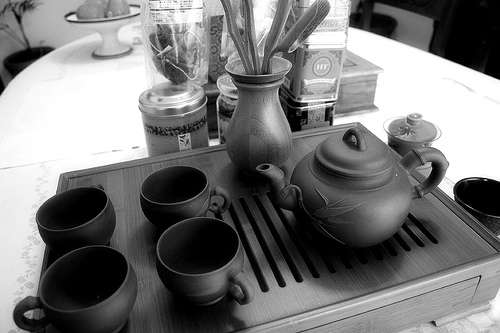 gifts for the tea lover!