When Michelle and Sandy came in to treat a group of teens to a tea tasting, I watched Sandy grimace when he saw the third-world set-up in my classroom: a hot plate straight out of the 1930’s, plugged into a surge protector which is plugged into the wall. I did not think he saw my prized black silk scarf melt when it touched the hot coils as I bent over to grab the kettle of boiling water.

Add eight teens on their best behavior, drinking delicious tea with two visiting adults who obviously respect them, and you can understand why the CEO and President of T Ching did not immediately turn me in to the state Fire Marshal. (The Fire Marshal has more issues than National Geographic – ranging from extension cords to doorstops . . . but I digress.)

Imagine my surprise when a brand new Zojirushi electric dispensing pot was delivered to my classroom just before the Thanksgiving holiday! Beautiful to look at, the pot heats five litres of water to boiling, and has settings for 175, 195 and 208 degrees. The plug attaching to the device is magnetic, the cord is short, and there is a safety lock on the dispenser. I might just invite the fire marshal in for a cup of tea!

Sandy appeared before the local Rotary Club – a local branch of an international service organization, which lends financial support to a variety of causes, from college scholarships, supporting the local food bank, sending kids to debate at the National Tournament, providing dictionaries for 5th graders, supporting the local art scene to helping build fresh water wells for remote villages around the world. Sandy told the board – a group of about twenty individuals – about the amazing popularity of the Tuesday and Thursday Tea Times, as well as the alarming hot plate scenario. What really impressed the group, however, was the introduction of tea to the teen palate, providing an alternative to their usual choice of heavily sugared and caffeinated beverages. He then asked the group to fund the purchase of the Zojirushi. The rest is history!

Thanks Rotarians, and T Ching . . . you are touching the future! 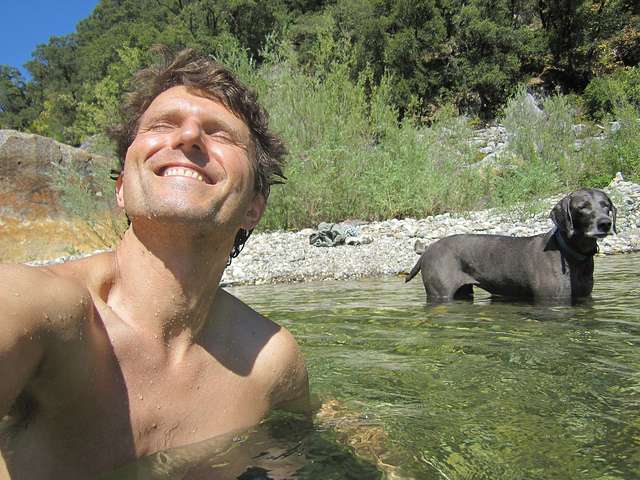 The Advent of Machinery – Part 1