“He (England’s 1793 envoy) may have imagined that he was already well acquainted with China. He drank his China tea in Chinese porcelain cups. His lacquered Chinese writing case had pictures of people in Chinese dress. The grounds of the estates of his wealthiest acquaintances shunned the French style and imitated Chinese gardens instead: they were filled with a lovely disorder of varied species of plants, little white marble pagodas, and miniature gullies spanned by superfluous arched bridges. China was all the rage in Europe…“

The Ming dynasty had come to power in China in 1368, and for a time ruled well. The later Ming emperors had ruled China in name only, however, leaving the daily business of government in the hands of the eunuchs of the palace. Corruption, extravagance, and economic distress were the predictable results. Several generations of misrule by rapacious and irresponsible eunuchs finally provoked popular uprisings against the dynasty. Faced with a rebellion that was getting out of hand in the north, a Chinese general sought help from the warlike Manchurians on the other side of the Great Wall. But once having let them through the Wall in 1644, the general found the tables turned. The Ming were speedily deposed and within a couple decades the Manchurian, called Qing or Manchu dynasty, had subdued the whole of China.

In the south, the former Song China, the turbulent years of the dying dynasty saw piracy become mixed up with rebellion in a country driven by opposing regimes, political uncertainty, and official corruption. Piracy became honorable, even patriotic in the eyes of generations of Ming loyalist Chinese. One pirate chieftain who was unquestionably a man of greatness controlled the coast as far north as the Yang-tse delta by 1630 with a fleet of one thousand junks under this command. An “overseas Chinese” before his day, Ching-Chi-ling was a Catholic convert and a former interpreter for the Dutch East India Company. He lived in splendor with a bodyguard of Dutch soldiers and a retinue of three hundred Christian Negro servants who had been brought to Macao as Portuguese slaves, all of whom Ching-Chi-ling dressed in vivid silks. The Manchu invaders finally used his vanity to deceive him and by deception took him alive, to suffer imprisonment of fifteen years and eventual execution in 1661. In revenge his son Koxinga (who once had besieged Nanjing) proved so terrible a scourge that the Emperor was forced to order the populace to evacuate China’s coast to a depth of twelve miles inland! This order was soon revoked only because Koxinga unexpectedly died on 2 July 1662, aged thirty-nine, his fleet breaking up and becoming a less deadly threat. He was planning to capture Manila from the Spaniards next.

To be continued in The China Trade: Foreign Devils and Pidgin English – Part 2 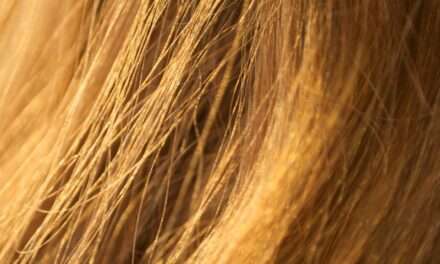