Sand castles. Remember going to the beach, digging in the sand all day, building something like a castle with a moat around the perimeter? Coming home with sand-filled shoes, sand-filled bathing suit, and sand in your ears? Recently I attended the Sandsations construction contest at the beach community where we summer. It was a chilly 61 degrees outside, raining steadily, with a stiff breeze. I filled my trusty thermos with freshly brewed Silver Needles white tea and stuffed it in my pack.

The rules for the contest are simple: each contestant or team of contestants is assigned a plot of sand on the beach between the high and low tide line, either 20 or 30 feet square. Buckets, water, and tools are allowed. Forms are allowed for construction, but the finished sculpture must stand alone. Sand used may be taken ONLY from the assigned plot. Six hours is the time set aside for construction. All constructions are claimed by the Pacific Ocean shortly after the final bell.
.
At the 2007 Sandsations contest, the only folks happy with the weather were the contestants: wet sand means less water-hauling and time spent keeping the sculptures moist until the judges make their final decision. Masters and Intermediate winners receive a fairly significant cash award. Everyone has a lot of fun, from the eleven spectators (down from 20,000 last year) to the 800 dogs barking and lapping at the surf.

I decided to walk the fourteen blocks on the beach. For the first few minutes, the rain and the wind and the crashing waves were invigorating. During the middle few minutes, I wondered why no one had invented little automatic wipers for eyeglasses. During the final minutes, I quieted that little voice that questions my sanity by reminding it that I had the foresight to bring a thermos of hot tea. By the time I arrived at the contest site, all I wanted was a spot out of the wind and wet to drink my tea. Sure enough, a civic group had set up a large circus-style tent filled with picnic tables and community officials giving away free hot dogs. I shook the rain off my raincoat and sat down. Besides the civic leaders, there were several wet children, looking for adventure. I poured my tea, trying to hide the satisfied look on my face.

A boy about nine years old stood across from me. “You brought something hot to drink.” It sounded like an accusation, so I kept quiet. “All they got here is lemonade.” He was joined by a girl about his age, wet from her flip flops to her pink sweatshirt. The sleeves of her sweatshirt hung down over her hands.

“That don’t smell like coffee,” she pointed a sandy dripping sleeve in my direction, another accusation. I inhaled the sweet grassy fumes of Silver Needles, took a sip. She watched me. “What is that?”

“Tea. It’s delicious. If your parents were here, I’d ask their permission to share some with you.”

“They won’t care, long as it don’t got caffeine?” She ended with an uplift, as some children do, turning the statement into a question.

“Too bad then. This tea has less caffeine than a Nesbitt’s orange soda.” I filled my cup again. She ran off to her companions. I finished my second cup of tea and headed out to look over the sculptures. I stopped by the Visitor’s Center Booth, where I was joined by the little girl.

“Does your tea really have less caffeine than a pop, huh?”

“Many, many sodas have a LOT more caffeine than this tea. And, if I were to rinse the tea before I brewed it, it would have less caffeine than a Hershey’s Kiss, and none of the sugar -“

“See,” she turned to her companion, the boy from the hot dog tent, “I told you!”

Reigniting my enthusiasm at the World Tea Expo

Trusting your senses to make a good cup of tea 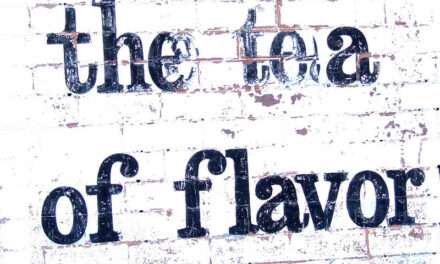 Keemun – Splendor of Flavor and Perfume